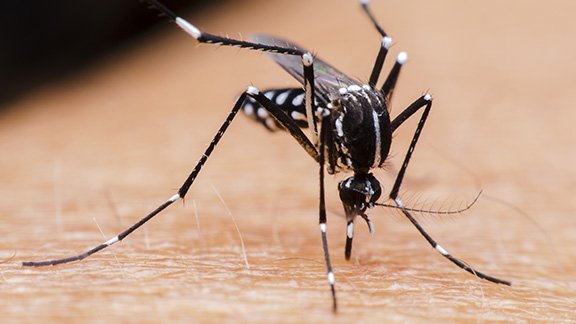 New Delhi: Officials said on Friday that after confirming a case of Zika virus, authorities in the southern Indian state of Kerala have issued a statewide alert.

State Health Secretary Vina George said that 13 other suspected cases are being investigated.

A 24-year-old pregnant woman was found to be infected with a mosquito-borne disease and is being treated at a hospital in Thiruvananthapuram.

Pregnant women are particularly susceptible to infections and can transmit infections to their newborns, leading to life-altering conditions such as Guillain-Barré syndrome, which is a rare autoimmune disease.

The Minister added that samples of these 13 suspected cases have been sent to the laboratory in Pune for further investigation.

According to the US Centers for Disease Control and Prevention, Zika virus is mainly transmitted through the bite of Aedes mosquitoes, but it can also be transmitted sexually.

The virus was first discovered in monkeys in the Zika Forest in Uganda in 1947 and has caused multiple outbreaks around the world in recent decades.

There are no vaccines or antiviral drugs available for prevention or treatment.

Symptoms include fever, skin rashes, conjunctivitis and muscle and joint pain, but fatalities are rare.

Officials said the infected woman had showed symptoms including fever, headache and rashes before being admitted to a hospital, where she safely delivered a baby on Wednesday.

Health teams have been assigned to the area to monitor for any further cases.

India also saw Zika outbreaks in 2017 and 2018, with hundreds of cases reported in western Gujarat and Rajasthan as well as central Madhya Pradesh state, but the latest infection is the first in Kerala.

The state is currently a battling a surge in Covid-19 cases, with more than 13,000 infections recorded on Friday, the highest number of any Indian state.

Afghan pilots assassinated by Taliban as US withdraws

Posted on March 7, 2020
ISTANBUL: Turkish Defense Minister Hulusi Akar said on Saturday there had been no violations of the ceasefire agreed with Russia in Syria’s Idlib, according...
Read More

Posted on May 6, 2020
Rome: The Civil Protection Agency says that the number of deaths due to the COVID-19 epidemic in Italy increased by 236 the next day,...
Read More

Trump to withdraw US from ‘Open Skies’ treaty

Posted on May 22, 2020
Washington: President Donald Trump announced on Thursday that he plans to withdraw the United States from the “Open Sky Treaty” with Russia. This is...
Read More

Posted on August 29, 2020
Beijing: According to state media, at least 13 people were killed when a restaurant in northern China collapsed on Saturday. Rescuers pulled dozens of...
Read More