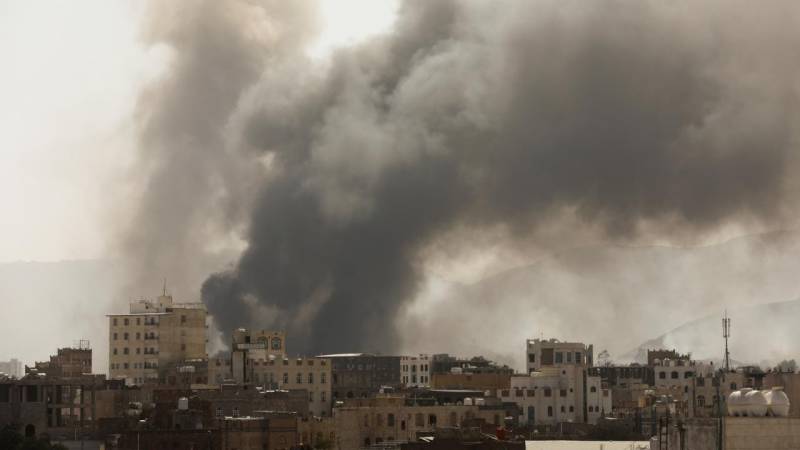 Riyadh: Last Sunday, the Yemeni Hussite rebels claimed to launch a missile and unmanned attack on the heart of Saudi Arabia’s oil industry. This is a new escalation in the six-year conflict.

The rising hostilities underscore a dangerous intensification of Yemen s conflict between the coalition-backed Yemeni government and the Iran-backed Huthis, despite a renewed US push to end the war.

The Saudi defence ministry said it had intercepted a drone targeting a petroleum storage yard at Ras Tanura — one of the world s biggest oil ports — and a ballistic missile aimed at Aramco facilities in Dhahran city in eastern Saudi Arabia.

The Department of Energy said the missile shrapnel fell near a residential area of ​​Aramco in the city, which is home to thousands of company employees and their families.

It added that the attacks did not cause any casualties or damage, but did not specify who was behind.

The Huthi rebels claimed on Twitter that they had launched drones and missiles at Ras Tanura and launched military targets in the Dammam area close to Dhahran.

The kingdom s oil-rich eastern region is home to most of Aramco s production and export facilities.

In 2019, aerial assaults on two Aramco facilities in the eastern region temporarily knocked out half of the kingdom s crude production, underscoring the vulnerability of Saudi Arabia s oil infrastructure.

Posted on March 2, 2020
Jordan announced on Monday its first case of coronavirus after a family arrived in the country from Italy. A spokesperson for the Jordanian Ministry...
Read More
National Style
Posted on December 22, 2019December 22, 2019
Islamabad: the Deputy Chairman of the National Assembly, Muhammad Qasim Khan Suri, will be the speaker from today (December 22) until the return of...
Read More

Pakistan reports 68 deaths by coronavirus, 3,387 cases in a day

Posted on July 4, 2020
Lahore: Pakistan has confirmed 68 deaths in a single day by novel coronavirus as the number of positive cases has surged to 225,283. The...
Read More

Posted on March 1, 2021
Karachi: The Pakistan People’s Party (PPP) announced that it will start a long march against the current government of Karachi on March 26. It...
Read More
Style World
Posted on March 15, 2021
Beirut: War monitors stated on Sunday that the overall death toll in the Syrian civil war has reached 388,652 since the beginning of this...
Read More