American officials pried open the door of the Chinese consulate in Houston on Friday and took over the building shortly after Trump evacuated the facility under the Trump administration’s order.

On Friday afternoon, federal officials and local law enforcement officers surrounded the Houston facility because Chinese officials moved out of the building that the Trump administration believed was the center of Chinese espionage.

40 minutes after 4 pm, according to the Houston Chronicle, the expulsion deadline had passed. A US official broke into the back door of the consulate, and a person believed to be a State Department official led the US takeover.

The photo shows federal officials and locksmiths attempting to forcibly enter the evacuated Chinese consulate. US officials have tried three other entrances but were unable to enter. The security team with the US Department of State logo on the US Department of Security stands guard. The Houston Chronicle reported that the local fire department also entered the building. 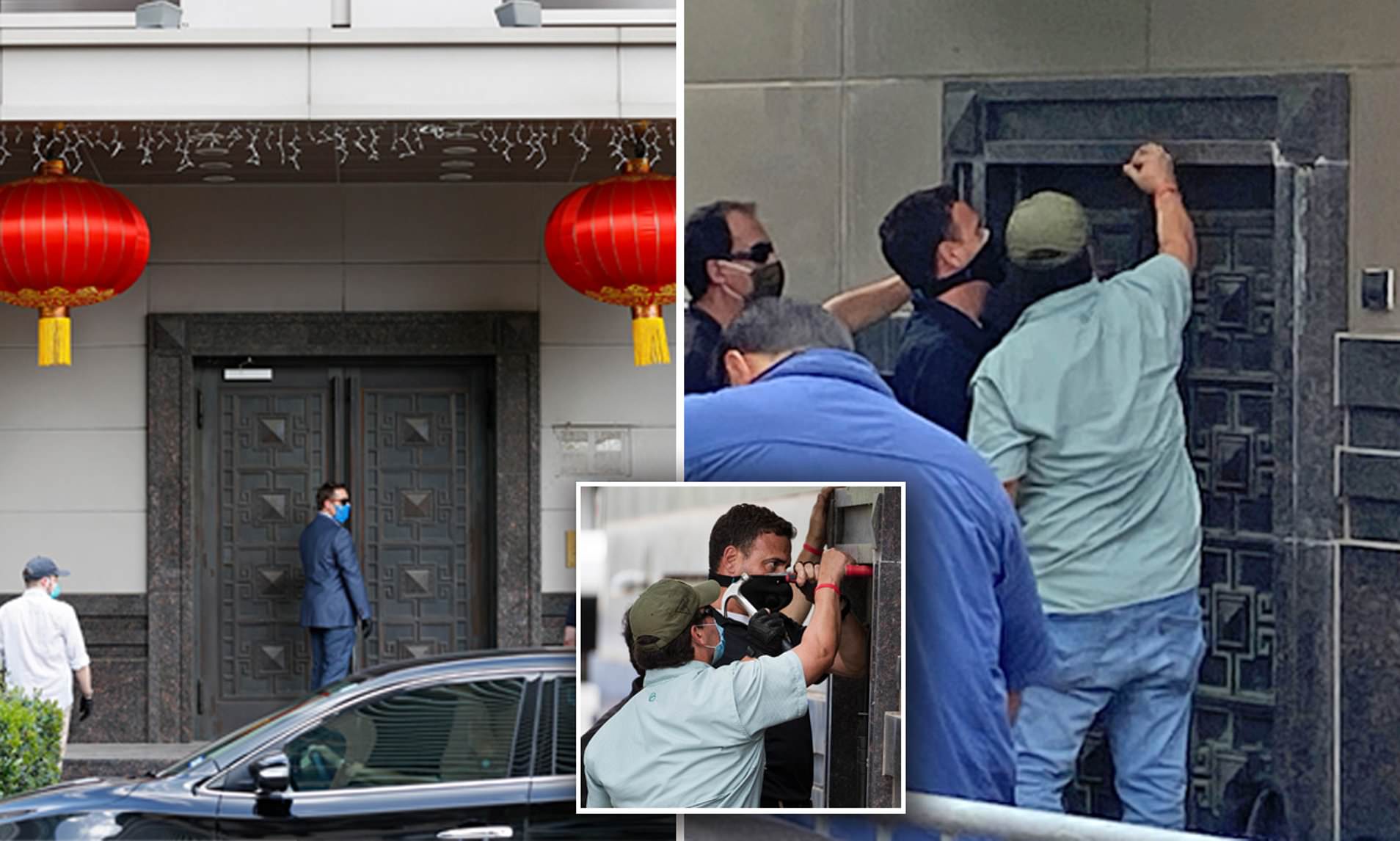 On Tuesday night, a few hours after the Trump administration announced instructions for the evacuation of the Chinese, the Houston Fire Department responded to the fire in the building’s courtyard, apparently destroying documents. Fox 26 in Houston reported that Chinese officials refused to let first responders put out the fire.

Throughout the morning of Friday, the consulate staff were found loading two U-shaped tractor trucks and vehicles and throwing garbage bags into a nearby garbage can in order to meet with the United States at 4 pm. The Chronicle reported that the deadline for relocation is.

After the Chinese officials packed up and left, the American team began to march. Two hours after entering, government officials boarded a van and drove away, leaving the Houston police and security team at the scene, the Houston Chronicle.

The United States alleged that the consulate was a nest of Chinese spies who tried to steal data from Texas facilities, including the Texas A&M Medical System and the University of Texas MD Anderson Cancer Center in Houston. 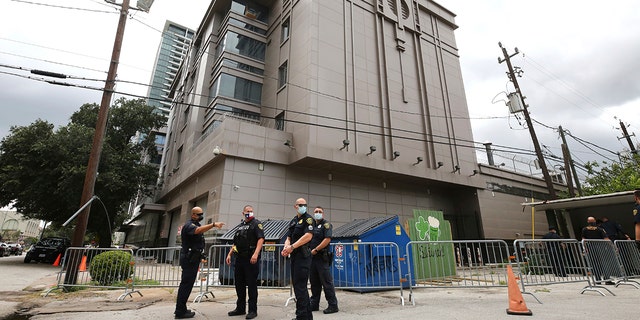 Secretary of State Mike Pompeo called the Houston complex this week as a “hub for espionage and intellectual property theft.” R-Fla. Senator Marco Rubio said that the consulate is “a large-scale spy center[,] it should have been forced to close long ago.”

China called these allegations “malicious defamation” and responded by ordering the United States to close its consulate in the western Chinese city of Chengdu.

American officials were found packing up and leaving the Chengdu consulate on Saturday. Thousands of people gathered to watch the Americans’ order to leave Beijing.

According to the South China Morning Post, three trucks and a bus were seen entering and leaving the American compound, while other workers walked with their arms full of boxes and documents. Reuters reported that the signs of the US consulate were removed, and the security measures outside the facility were very strict to prevent the consulates that were tit-for-tat from closing.

Posted on April 25, 2020
Washington: President Donald Trump interrupted his daily Coronavirus Task Force briefing for the first time on Friday without reporting to reporters. It may not...
Read More

Posted on May 12, 2020
Officials said Tuesday that the gunmen attacked a MSF clinic in the western capital of Afghanistan, killing eight civilians and injuring many others. An...
Read More

Posted on March 23, 2020
Karachi: Now that the province was closed for the first day due to a coronavirus outbreak, a huge police and ranger team has been...
Read More

Posted on May 10, 2020
Beijing: China has long rebutted 24 “absurd allegations” made by some major US politicians on the handling of the new coronavirus outbreak. In the...
Read More

Posted on March 29, 2020
Pakistan on Friday has reported 12 deaths from novel coronavirus while the total number of cases have surged to 1495 as 469 patients have...
Read More

Posted on March 22, 2020
Karachi: The Sindh Provincial Government is likely to decide to block the province after the number of coronavirus cases in the province has increased...
Read More

National
Posted on October 29, 2020
Islamabad: Prime Minister Imran Khan has felicitated Turkish people and leadership on their 97 Republic Day. According to the...
Read More