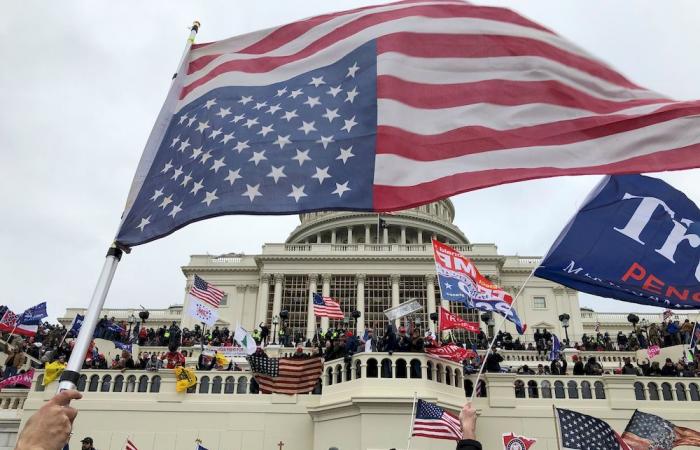 The warning stated that extremists were “stigmatized” in the deadly attack on Congress by angry supporters of President Donald Trump before January 6, and they may attack elected officials and government agencies.

The warning came as California authorities accused Trump supporters and followers of a far-right militia group of possessing five homemade tube bombs, accusing him of intending to attack the Democratic Party.

The National Terrorism Advisory System announced that after Biden’s January 20 inauguration and the US Capitol swept through, the threat of an attack could continue for weeks.

“Information suggests that some ideologically-motivated violent extremists with objections to the exercise of governmental authority and the presidential transition, as well as other perceived grievances fueled by false narratives, could continue to mobilize to incite or commit violence,” the Department of Homeland Security said.

Some security worries surround the impeachment trial of Trump beginning in the second week of February.

Trump has been charged by the House of Representatives with “incitement of insurrection” for allegedly encouraging the assault on the Capitol.

The Department of Homeland Security stated that there is no information indicating any specific, credible threats.

“However, violent riots have continued in recent days and we remain concerned that individuals frustrated with the exercise of governmental authority and the presidential transition… could continue to mobilize a broad range of ideologically-motivated actors to incite or commit violence,” it said.

Posted on March 13, 2020
Dr. Zafar Mirza, the Ministry of Health of SAPM, confirmed on Friday that Pakistan has reported more than six dozen new cases of coronavirus,...
Read More

Posted on October 28, 2020
Warm springs: Joe Biden attacked Donald Trump on Tuesday, accusing the US president of bringing his campaign to the Republican stronghold in Georgia the...
Read More

Posted on October 20, 2020
President Trump said he is ready for Thursday’s debate against Democratic presidential nominee Joe Biden, but claimed that it will not be fair because...
Read More

Posted on August 31, 2020
Lahore: Pakistan has reported 6 deaths from the novel coronavirus in the past 24 hours, and the number of positive cases has soared to...
Read More

Posted on January 13, 2021
Karachi: Pakistan’s southern port city has reported the highest rate of positive cases for the novel coronavirus, with the global pandemic spreading unabated across...
Read More
Style World
Posted on December 1, 2019
TEHRAN (AFP) – A senior Iranian official has suggested in an interview with AFP that authorities may be more open than in the past...
Read More