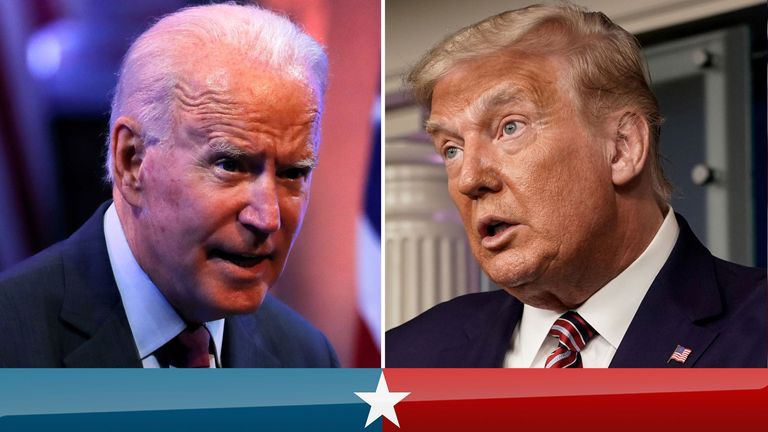 With just two days of campaigning left, a record 90 million Americans have voted early in the US presidential election, data revealed on Sunday.

The high number of early voters, about 65% of the total turnout in 2016, reflects an intense interest in the contest as US President Donald Trump and his Democratic rival Joe Biden campaigned across the country to try to convince the remaining undecided voters.

Concerns about exposure to coronavirus in polling venues on Tuesday’s busy election day also pushed up the number of people who voted by mail or at early on-site polling stations.

Republican presidents criticized public officials and medical professionals in the final days of their reelection campaign, trying to contend with the coronavirus pandemic, even as the virus spreads across the United States.

Opinion polls show that Trump lags behind former Vice President Biden nationwide, but fierce competition in the most competitive states will determine the election. Voters say that the coronavirus is their top priority.

Khawaja Asif to be produced before NAB court in Lahore today

Posted on November 6, 2020
Jacinda Ardern has been formally appointed as Prime Minister of New Zealand on Friday, returning to office for a second term last month after...
Read More

Posted on August 12, 2020
Beirut: Tanya cannot stay alone in a room. For several days, Kara had thought that the war was about to begin. The survivors of...
Read More

Posted on May 24, 2021
Washington: US Secretary of State Antony Blinken said Sunday that it remains unclear whether Iran is “ready and willing” to take the necessary steps...
Read More