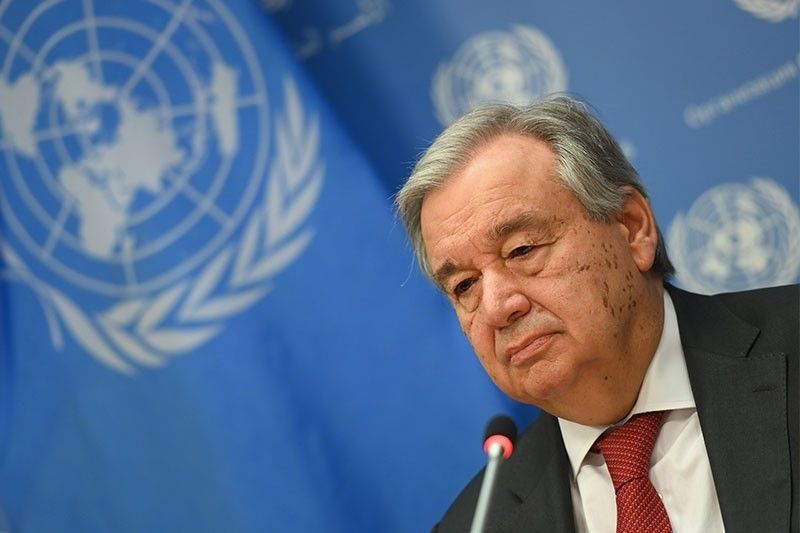 UN: UN Secretary-General Antonio Guterres said on Tuesday that the closure of the last border crossing into Syria would stop the delivery of Covid-19 vaccine in the northwestern part of the country.

Currently, relief supplies entering Syria can only enter Bab al-Hawa on the Turkish border at one crossing point, and about 1,000 trucks pass through the border every month.

In 2014, the UN Security Council allowed aid operations to cross 4 points, but last year-after Russia and China objections-was reduced to only allowing Bab al-Hawa to remain open for the first 12 months.

Guterres said it is crucial to extend the operating hours for another year.

“A failure to extend the UN s mandate would end the UN s Covid-19 vaccine distribution plans for millions of people in northwest Syria, and greatly diminish essential humanitarian operations,” Guterres told the UN General Assembly as he described Syria s grim conditions after a decade of war.

“Food and other humanitarian aid deliveries by the United Nations would halt immediately. Less food will mean more suffering and more conflict.”

Guterres  remarks came after US Secretary of State Antony Blinken on Monday urged the reopening of aid crossings blocked by Russia.

Russia, which supports Damascus, said that the UN’s border mission violated Syria’s sovereignty and said it wanted to close Babhava when current regulations expire in July.

Guterres met with donors online at an event in Brussels and addressed the United Nations. The event aims to attract billions of dollars in new aid pledges for Syria.

Guterres said: “Nine out of ten Syrians live in poverty. This year, 60% of the population is at risk of starvation. This is the highest number in the history of the Syrian conflict.”

He added that Syria has caused the world’s largest refugee crisis, and the funds raised in Brussels are aimed at helping approximately 12.3 people in need across Syria and 5.6 million Syrian refugees in the region.

As for the pandemic, due to poor testing, it is difficult to know the extent of Covid-19’s impact on Syria.

He said two requests had been made for Syria to use the World Health Organization s COVAX facility that aims to provide the vaccine to countries in need.

Plans are under way to deliver a first tranche in the coming weeks, covering around three per cent of the population.

Posted on January 1, 2021
London: The UK finally cut off its half-century partnership with Europe on Thursday, withdrew from the European Union’s single market and customs union, and...
Read More

Pakistan’s forex reserves down by $1.9 billion in one month

Posted on January 16, 2021
Quetta: There was an explosion on Saryab Road in Quetta on Saturday and two people were injured. The explosion shattered the windows of a...
Read More

Posted on July 21, 2020
Karachi: The first day of Eidul Azha will be celebrated in Pakistan on August 1. Mufti Muneebur Rehman, chairman of the Central Ruet-i-Hilal Committee,...
Read More

Posted on August 29, 2020
Lahore: Pakistan has on Saturday reported only one death by novel coronavirus during the last 24 hours as the pandemic is losing intensity in...
Read More

Nawaz can go abroad for treatment after submitting a indemnity bond: Firdous