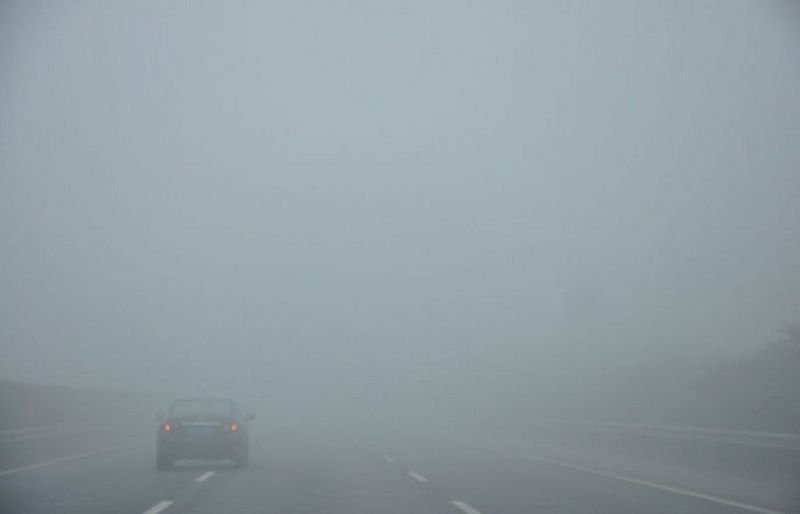 Lahore: At least two people were killed on Sunday, while the other four were hit hard because dense fog enveloped several cities in Punjab, including Lahore, severely disrupting air and road traffic.

According to details, the visibility has dropped to zero on main roads across the province and the Lahore-Sialkot motorway has been closed for all traffic, while the flight operation at the Allama Iqbal International Airport has also got affected due to the severe weather condition.

The Motorway police have advised the drivers to switch on fog lights while driving at very slow speed as the visibility was dropped to zero due to dense fog.

The Motorway police have also requested the people to stay home and avoid unnecessary travelling.

The Meteorological Department has forecast rainfall in Lahore, Islamabad and Upper Khyber Pakhtunkhwa, Gilgit-Baltistan and Kashmir in the next 24 hours.

Opposition does not need the military to overthrow PTI govt: Maryam Nawaz

Flour prices on the rise despite large wheat import

Posted on March 17, 2021
Islamabad: Prime Minister Imran Khan wrote a letter to Asad Qaiser, the Speaker of the National Assembly, about the lack of transparency in the...
Read More

Posted on January 2, 2020January 2, 2020
Karachi: The Islamic Union of Pakistan-Nawaz (PML-N), the president of Punjab, Rana Sanaullah, said the party has decided to support the “Army Law Adaptation”...
Read More

Posted on June 9, 2020
Islamabad: The Federal Cabinet will meet in Islamabad today (Tuesday) with Prime Minister (PM) Imran Khan as chairman. It will discuss the general political...
Read More

Posted on February 9, 2021
Islamabad: The Supreme Court of Pakistan has on Tuesday constituted a five-member larger bench over the matter of funds issuance to assembly members by...
Read More

Posted on November 20, 2020
Arab media reported on Friday that Ayman Al-Zawahiri, the head of Al-Qaeda and an Egyptian national, died in Afghanistan due to natural causes. The...
Read More