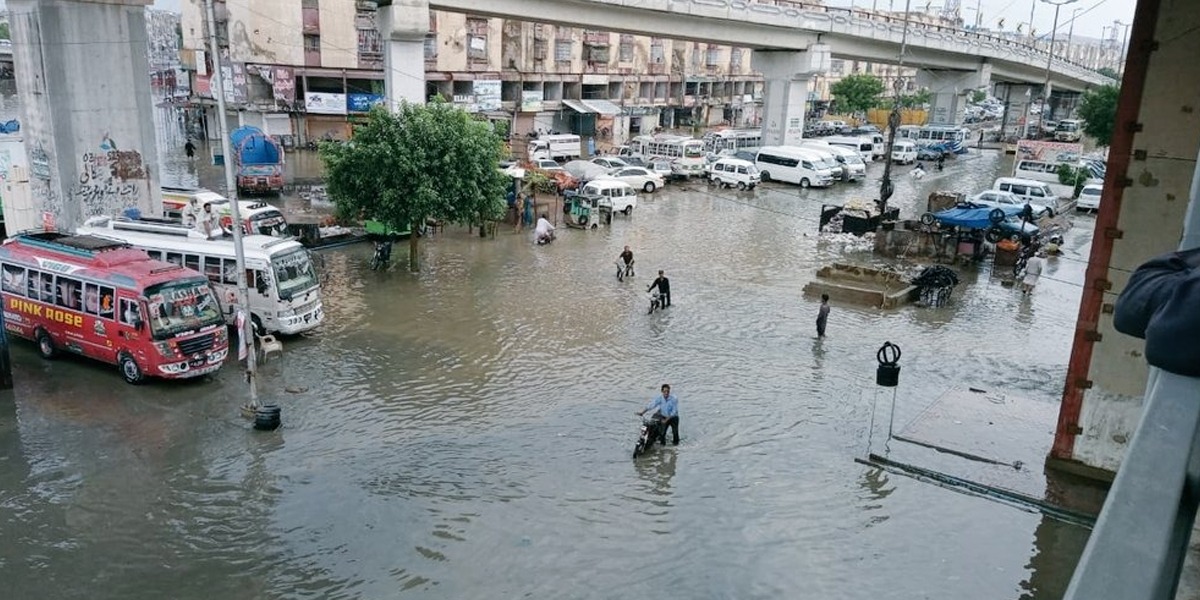 According to details, Shahrah-e-Faisal, Malir, Nipa Chowrangi and Gulshan-e-Maymar have been flooded with rainwater while two people were killed in Gulistan-e-Johar and Mewa Shah Qabristan in separate incidents.

On the other hand, the Pakistan Meteorological Department (PMD) predicts that the spell will last until Saturday.

Posted on May 23, 2020
The Central Ruet-e-Hilal Committee will meet today to see Shawwal’s moon and announce when Eid Mubarak will be celebrated in Pakistan in 2020. The...
Read More

Posted on March 20, 2020
Jakarta / Kuala Lumpur: Indonesian capital Anies Baswedan announced on Friday that it had entered a state of emergency related to a coronavirus outbreak....
Read More

Posted on January 19, 2020
Hyderabad: Hundreds of Kashmir students gathered outside the University of Hyderabad in India to protest the government action and continue to block the occupied...
Read More

Lebanese Prime Minister’s appointment has an impact on French initiatives

Posted on September 26, 2020
Beirut: The Lebanese Prime Minister’s tenure lasted almost a month. He tried to form an impartial cabinet and resigned on Saturday. This was a...
Read More

Posted on March 30, 2020
Islamabad: During the announcement of the Coronavirus Relief Fund, Prime Minister Imran Khan said on Monday that he will win the war against the...
Read More

Coronavirus Updates National Style
Posted on October 27, 2020
LAHORE: Pakistan has reported 6 deaths from the new coronavirus in the past 24 hours, and positive cases have...
Read More

National Style
Posted on October 27, 2020
Peshawar:  At least seven people including children have embraced martyrdom while 83 others sustained severe wounds as a massive...
Read More