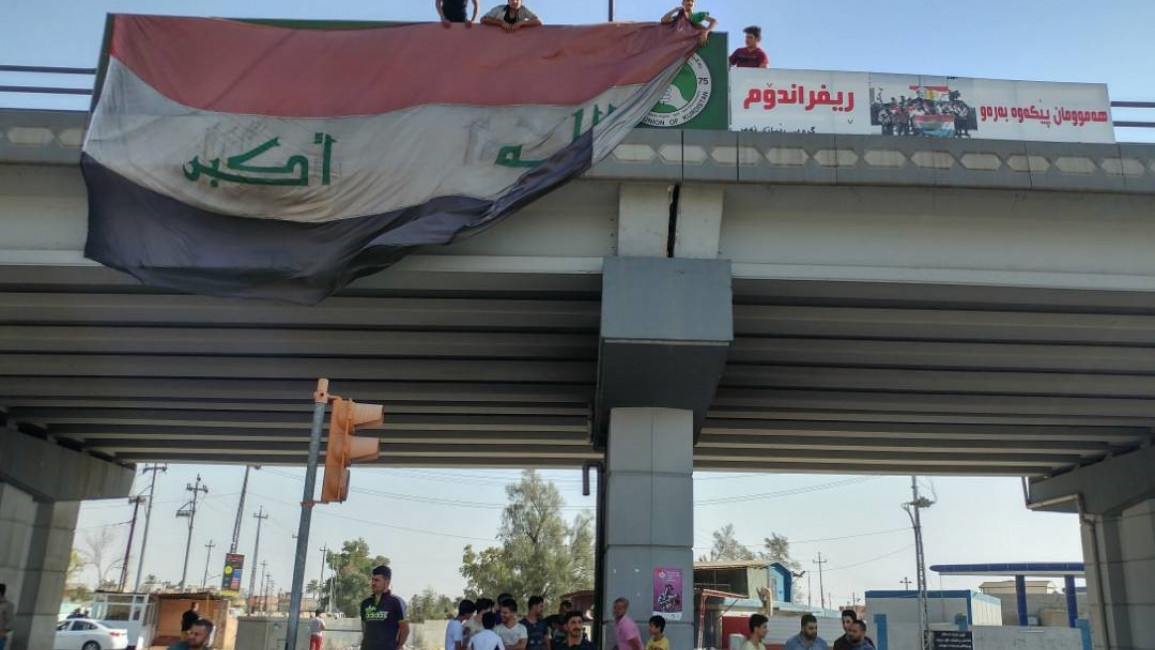 Baghdad: The Iraqi army said on Sunday that two drones were destroyed above the US military base a month after being targeted by armed drones.

The Iraqi military stated that the U.S. military’s C-RAM defense system was activated to shoot down drones above the Al-Assad base in the western desert of Iraq.

A few hours ago, a rocket was shot down over the Baghdad airport, “no casualties or damage were caused,” said Colonel Wayne Malotto, a spokesman for the US-led military alliance in Iraq.

The coalition was sent to Iraq to help the country’s army fight the Islamic State jihadist group Baghdad declared at the end of 2017 that it had won the battle.

There are currently 2,500 US troops in Iraq, bringing the total strength of the coalition forces to 3,500.

The United States has always accused Iraqi factions related to Iran of launching rockets and other attacks on facilities where Iraqi personnel are located.

Since the beginning of this year, US interests in Iraq have been attacked 39 times.

The vast majority were bombs targeting logistics convoys, and 14 were rocket attacks, some of which were claimed by pro-Iran factions, which aimed to force Washington to withdraw all troops.

For Western diplomats and senior military officials in Iraq, these attacks not only pose a threat to American personnel, but also damage the fight against the Islamic State, which has kept sleeping berths in mountainous and desert areas.

“These attacks are distracting,” one of the sources said. “The only people they help are the jihadists, because every time they attack the alliance’s base with consultants, these consultants must stop what they are doing in order to focus on the protection of the troops.”

The use of drones by Iranian-related factions to counter US interests is a relatively new strategy.

The US military has previously accused pro-Iranian Iraqi groups of helping the Houthi rebels in Yemen use such equipment to attack Saudi interests.

New Zealand aims to open to Australians in early 2021

NCOC postpones all exams till June 15

Posted on April 27, 2021
Islamabad: In view of the alarming situation of the coronavirus across the country, the National Command and Operations Center (NCOC) has postponed all inspections...
Read More

Posted on May 25, 2021
Officials and witnesses said the Afghan army clashed with Taliban militants in the provincial capital about 120 kilometers (75 miles) from Kabul, prompting the...
Read More
Middle East
Posted on December 26, 2019
SANAA: The United Nations says 17 civilians were killed in an attack on a market in the northern province of Sada in Yemen, the...
Read More

Posted on March 8, 2021
Yangon: Anti-coup protesters gathered across Myanmar on Monday to respond to the union’s call for a general strike after night raids and arrests over...
Read More