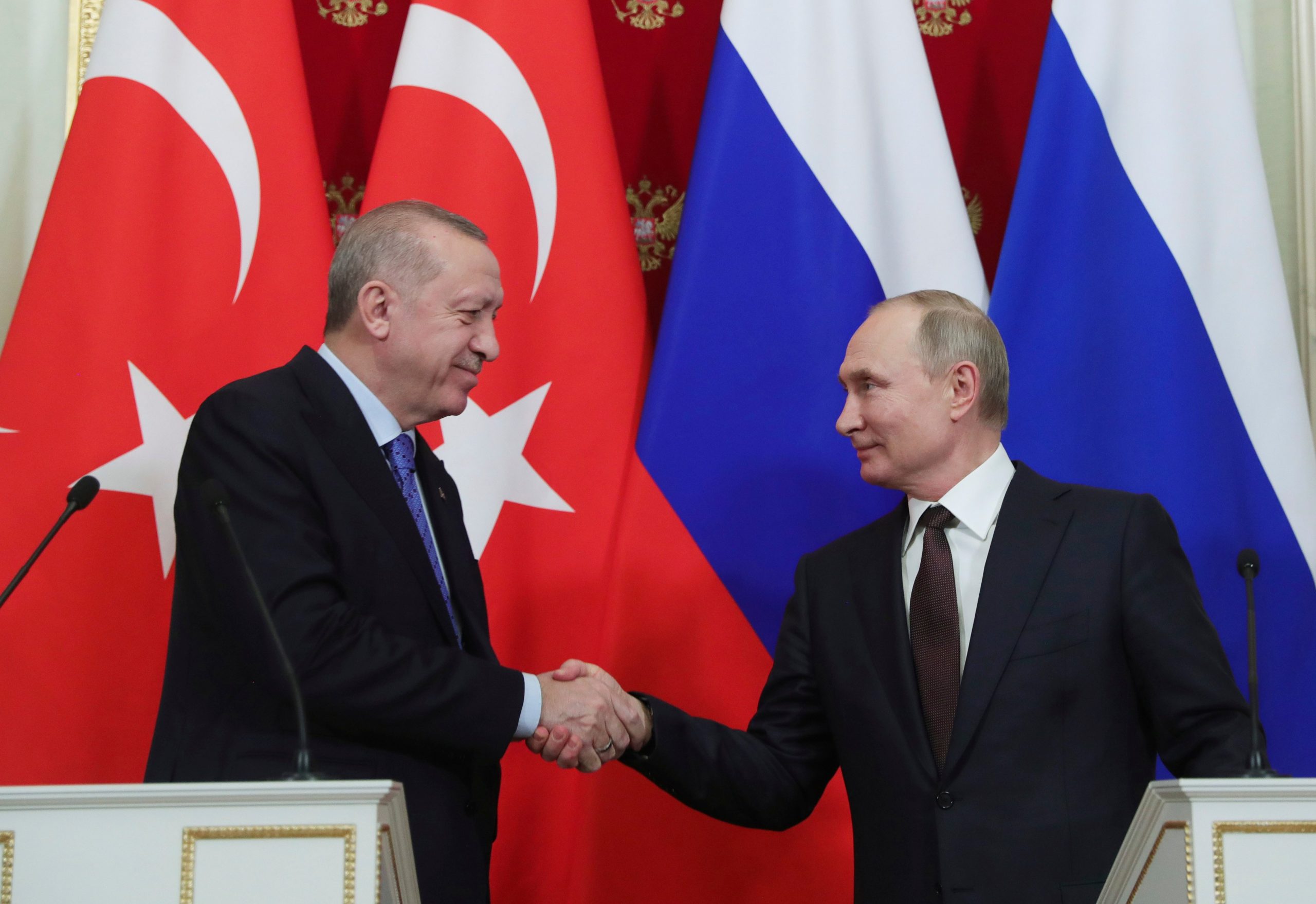 Erdogan met Putin in the Russian resort of Sochi. At the time, attacks in Idlib increased and Russian fighters attacked opposition strongholds near Turkish military bases.

In March 2020, Turkey and Russia reached a ceasefire agreement that made Idlib a “conflict-affected zone”, but in recent weeks the agreement has faced aerial and ground bombardment of rebel-controlled positions.

“We expect Russia to uphold the deals we made,” he said.

More than 3 million Syrian refugees are trapped in Idlib and there are concerns that further attacks by Syria and Russia could push them into Turkish territory, where public attitudes towards them have grown stronger.

Earlier this week, Turkish officials told multiple news organizations that Erdogan would put pressure on Putin over the Syrian issue, especially the Idlib issue, as well as the Syrian Kurdish People’s Guard’s attack on Turkey-controlled areas.

Turkey sees the YPG as an extension of the banned Kurdistan Workers’ Party (PKK), which has been embroiled in a deadly war with the party for three years.

“There is no change in Idlib. We will preserve the status-quo there,” the senior Turkish official told MEE after the meeting.

It was not immediately clear whether Turkey agreed to any concessions to preserve the current understanding in Idlib.

“The steps we take together regarding Syria carry great importance. The peace there is dependent on Turkey-Russia ties,” Erdogan told Putin at the start of their talks.

Erdogan did not bring his ministers to Sochi, only his senior adviser Ibrahim Kalin, communications director Fahreddin Alton and intelligence director Hakan Fidan.

Erdogan and the Russian president met in the absence of anyone else, and it is believed that they discussed the possibility of buying the Russian S-400 in the second round, the situation in Nagorno-Karabakh and Libya.

Erdogan clearly mentioned the United States and he told Putin that he wanted to discuss further defense cooperation regardless of Washington’s opposition.

“We gave them the necessary response anyway. It is not possible for us to turn back from the steps we took. I especially believe this: it is of great importance for us to continue by strengthening Turkey-Russia ties every day.”

Posted on March 5, 2020
Islamabad: The Islamabad High Court (IHC) requested a response from the Legal Department on Thursday to implement the Torture Bill, which will take effect...
Read More

Virus curbs tightened over fears of a second wave

Posted on July 29, 2020
Paris: Spain and Germany are among the countries that tightened restrictions on Tuesday to cool down the coronavirus hotspots that caused the second wave...
Read More

Posted on May 16, 2021
Karachi: On Sunday, the Karachi elements breathed a sigh of relief after learning that the Tauktae cyclone, 1,220 kilometers away from Pakistan, had changed...
Read More

Posted on February 17, 2021
Thousands of demonstrators gathered on the streets of Myanmar to defy the Burmese army’s claim that they were supported by the public and overthrown...
Read More