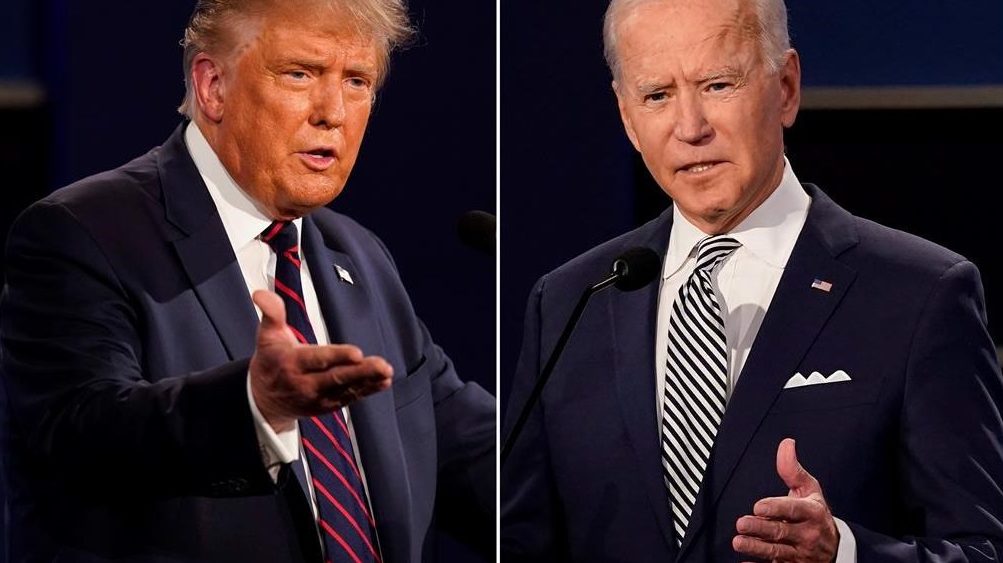 Washington: After a campaign full of resentment and fear, Americans made a decision on Tuesday between President Donald Trump and Democrat Joe Biden to choose a leader to lead a country that suffered It was struck by a pandemic that has killed more than 231,000 people, killed millions and reshaped daily life.

Nearly 100 million Americans voted early. It is now that voters on Election Day have finished their work, ending the campaign that was subverted by the coronavirus and defined by the tensions who can best resolve this issue. Each candidate declared that another was simply not fit to lead a country that is fighting COVID-19 and facing basic issues of racial justice and economic fairness.

When Biden entered Election Day, he won in a variety of ways, while Trump pursued in multiple battlefield states, but obtained a narrow but viable path to win 270 electoral college votes. The control of the Senate is also at risk:

If Biden seizes the White House to gain control of all seats in Washington for the first time in a decade, the Democrats must win three seats. The House of Representatives is expected to continue to be controlled by the Democratic Party.

Over the next four years, voters will choose between two very different views of the United States, face it bravely, and vote for the threat of the virus. The record early voting-and the skirmish of the law on how to calculate-attracted Trump’s inability to support allegations, and Trump refused to guarantee that he would honor the election results.

Fighting to the end for every vote, Biden was headed to Philadelphia and his native Scranton on Tuesday as part of a closing get-out-the-vote effort before awaiting election results in his hometown of Wilmington, Delaware. His running mate, Sen. Kamala Harris, was visiting Detroit, a heavily Black city in battleground Michigan. Both of their spouses were headed out, too, as the Democrats reached for a clear victory.

Trump plans to visit his campaign headquarters in Virginia after appearing in the morning on his favorite online Fox News Channel. He invited hundreds of supporters to an election night party in the East Room of the White House.
This difficult election has made voters on both sides eager to move on.

“I just want it to be done,” said Starlet Holden, a 26-year-old medical biller from New York City, who planned to vote for Biden but spoke for many on both sides of the campaign.

On their final full day on the campaign trail, Trump and Biden broke sharply over the mechanics of the vote itself while visiting the most fiercely contested battleground, Pennsylvania.

On US election day, US President Trump says he feels 'very good' about chances

Pakistan reports 39 deaths by coronavirus, 1,780 new cases in one day

Posted on March 7, 2021
LAHORE: Pakistan has reported 39 deaths from the novel coronavirus in the past 24 hours, and the number of positive cases has soared to...
Read More
National Style
Posted on November 22, 2019
ISLAMABAD: A seven-member parliamentary team, headed by Punjab Assembly speaker Pervaiz Elahi, has been formed to discuss the matter of Public Accounts Committee (PAC)...
Read More

Pakistan reports 135 deaths from COVID-19, highest in over 9 months

Posted on May 17, 2020
BAHAWALPUR: Four terrorists were gunned down by the Counter-Terrorism Department (CTD), while three managed to escape during an operation carried out near Azam Chowk...
Read More

Posted on April 29, 2020
Berlin: For the first time, official German data shows signs of the new coronavirus spreading again, just as Germany is trying to relax its...
Read More