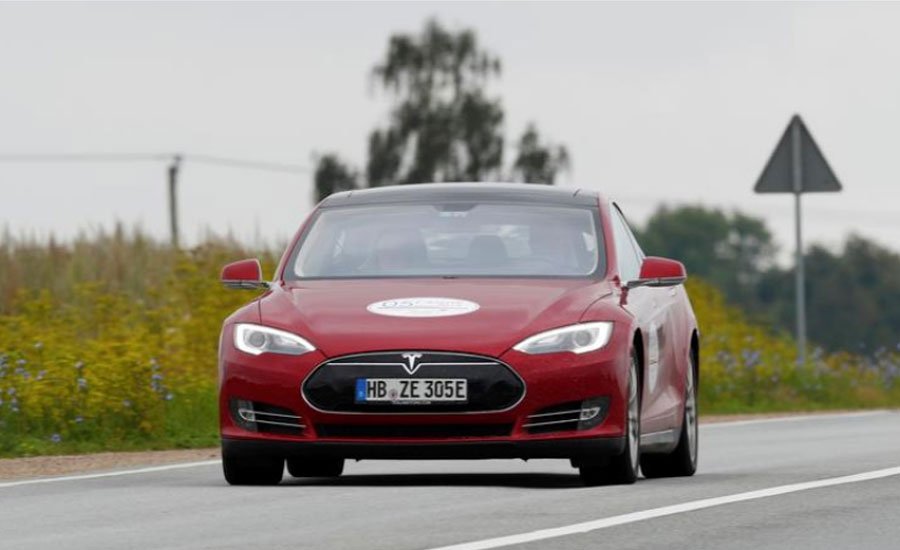 The company’s website shows that American electric car manufacturer Tesla Inc. has reduced the price of its Model S “Long Range” sedan in the United States to $69,420.

The price cut is Tesla’s second price cut for high-end cars this week, after a 4% price cut to $71,990 on Tuesday.

Tesla shares closed up 3.3% on Wednesday to $461.30, with little change in after-hours trading.

Now, the Model S starts at a thousand times the price that Tesla has sold the pair of red satin shorts for “$69.420” starting in July, in order to mock the company’s opponents.

Tesla launched the Model S in 2012, but in recent years, the car has faced cheaper competition from automakers. The latter was launched in 2017. The mass market Model 3 sedan currently starts at $37,990. Credit Suisse analysts said in a customer report on Wednesday that Model S only accounts for about 5% of Tesla’s car sales.

The analyst said that the Model S price cut is likely to be the result of an electric car startup Lucid Motors, which sells its luxury sedan Air models starting at $69,900. This includes a US government electric vehicle tax credit of $7,500, which Tesla Motors no longer meets the conditions for.

At the same time as price cuts, competition in the electric car market, which has long been dominated by Tesla, has become increasingly fierce, and several automakers will launch new electric cars next year.

Germany’s Daimler AG plans to release an electric version of its Mercedes-Benz S-Class luxury sedan EQS next year. Analysts expect that EQS will be much more expensive than Model S, while the latest version of the gasoline-powered S-class retail price exceeds 100,000 euros ($117,500).

Another 'rape and robbery' incident takes place in Punjab

Posted on October 21, 2020
Moscow: The Kremlin on Tuesday denied the United States’ claims that Russian military intelligence was behind the cyber attacks on the Ukrainian power grid,...
Read More

Posted on September 26, 2020
Washington: The video sharing app TikTok has achieved great success, has caused a global social media sensation, and has also become the focus of...
Read More

China says opposed to latest US rules against Huawei

Posted on May 18, 2020
Beijing: The Chinese Ministry of Commerce said on Sunday that it firmly opposes the latest U.S. regulations on Huawei and will take all necessary...
Read More

Posted on August 15, 2020
San Francisco: After the iPhone maker refused to give up its commissions on social networks for online events that allowed people to make money...
Read More

Posted on April 4, 2020
Google said it will release location data from users worldwide on Friday to enable the government to evaluate the effectiveness of social alienation measures...
Read More

Posted on May 26, 2020
India: As the company launched smart TVs, Realme has now entered a new category of smart TVs, thereby expanding its product portfolio and making...
Read More

Technology
Posted on October 26, 2020
San Francisco: The administration of US President Donald Trump insists that it is necessary to ban TikTok due to...
Read More