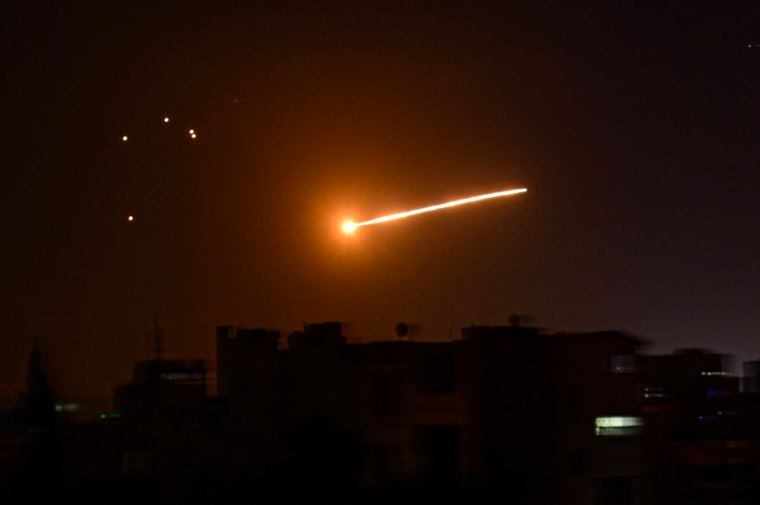 This is the first Israeli attack on Syria since a missile launched from Damascus hit the interior of Israel two weeks ago.

The missiles targeted the northwestern towns of Haffeh and Masyaf and struck a civilian plastic warehouse among other locations, state TV said. Syrian air defense units responded to the missile attacks, the report said, without giving further details.

Over the years, Israel has launched hundreds of strikes against military targets in Syria that have links with Iran, but rarely acknowledges or discusses such actions.

Israel regards Iran’s adherence to the northern border as a red line, and has repeatedly attacked facilities and weapons convoys of radical Hezbollah organizations in Lebanon that have links with Iran.

The missile attack at dawn Wednesday occurred nearly two weeks after Israel’s military said a Syrian missile that reached deep into Israeli territory and set off air raid sirens near the country’s top-secret nuclear reactor was the result of a misfire and not a deliberate attack.

The missile landed in southern Israel on April 22, prompting Israel to launch air strikes against missile launchers and other targets in Syria.

Posted on December 1, 2020
Islamabad:  Islamabad High Court (IHC) on Tuesday has extended the time for appointment of legal representative for Indian spy and agent of intelligence agency...
Read More

Posted on November 21, 2020November 21, 2020
Baku: Azerbaijan said on Friday that its forces had entered the area bordering Nagorno-Karabakh, which was formerly home to Armenian separatists, and this was...
Read More

Ties with US to deepen after Biden win, says Afghan president

Posted on November 8, 2020
Kabul: Afghan President Ashraf Ghani said that the relationship between Kabul and Washington is expected to deepen in the field of counter-terrorism and peacebuilding...
Read More