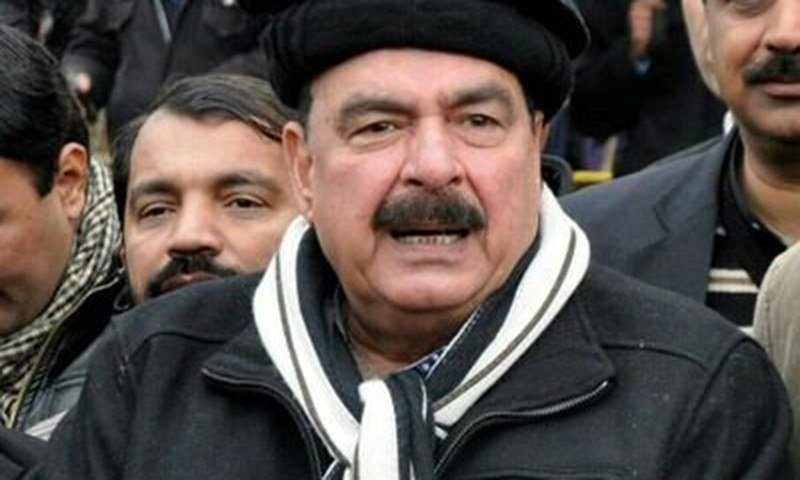 Karachi: Home Secretary Sheikh Rasheed will arrive in Karachi tomorrow (Wednesday). He will chair a high-level meeting on the state of law and order.

After Sindh Governor Imran Ismail and Federal Planning, Development and Reform Minister Assad Umar met with the Prime Minister today, the Minister of Interior arrived in Karachi on the instructions of Prime Minister Imran Khan and committed crimes against the province. The increase in the rate expresses serious concern.

Sources privy to the matter told that Rasheed will be given a detailed briefing about law and order situation in the metropolis by DG Rangers Sindh. He will also hold one on one meeting with Sindh DG Rangers.

The interior minister will prepare its report and present it to Prime Minister Imran Khan. Sheikh Rasheed will also hold a meeting with Sindh Chief Minister Syed Murad Ali Shah, according to sources.

Prime Minister Imran Khan directed the Minister of the Interior to visit Sindh on Tuesday in response to the deteriorating security situation in the province.

Taking into account the social networking sites, Weibo, Federal Minister’s information and broadcast Fawad Chowdhury, PM Imran has instructed the Interior Minister Sheikh Rashid Ahmed to travel to Sindh and develop a cooperation and security force. Effective strategies to deal with the public security situation of the poor in the province.

US pullout from Afghanistan at least 16pc complete: Pentagon

Posted on December 5, 2020
Lahore: The Lahore High Court (LHC) has filed a petition calling for a ban on political gatherings and other preventive measures amid the surge...
Read More

Posted on July 30, 2020
At least 54 persons were tested positive for coronavirus in Balochistan on Wednesday, bringing the total number of infected patients to 11,708. According to...
Read More
National Style
Posted on December 9, 2019
ISLAMABAD: Minister for Planning, Development and Special Initiatives Asad Umar Monday said that the Pakistan Tehreek-e-Insaf (PTI) government was making all out efforts to...
Read More

Coronavirus cases in Pakistan surge to 498

Posted on March 21, 2020
Lahore: Coronavirus cases in Pakistan have risen to 498 when epidemics (23), Gilgit-Baltistan23, Islamabad and Azad Kashmir were tested positive in 267 patients. Pakistan...
Read More