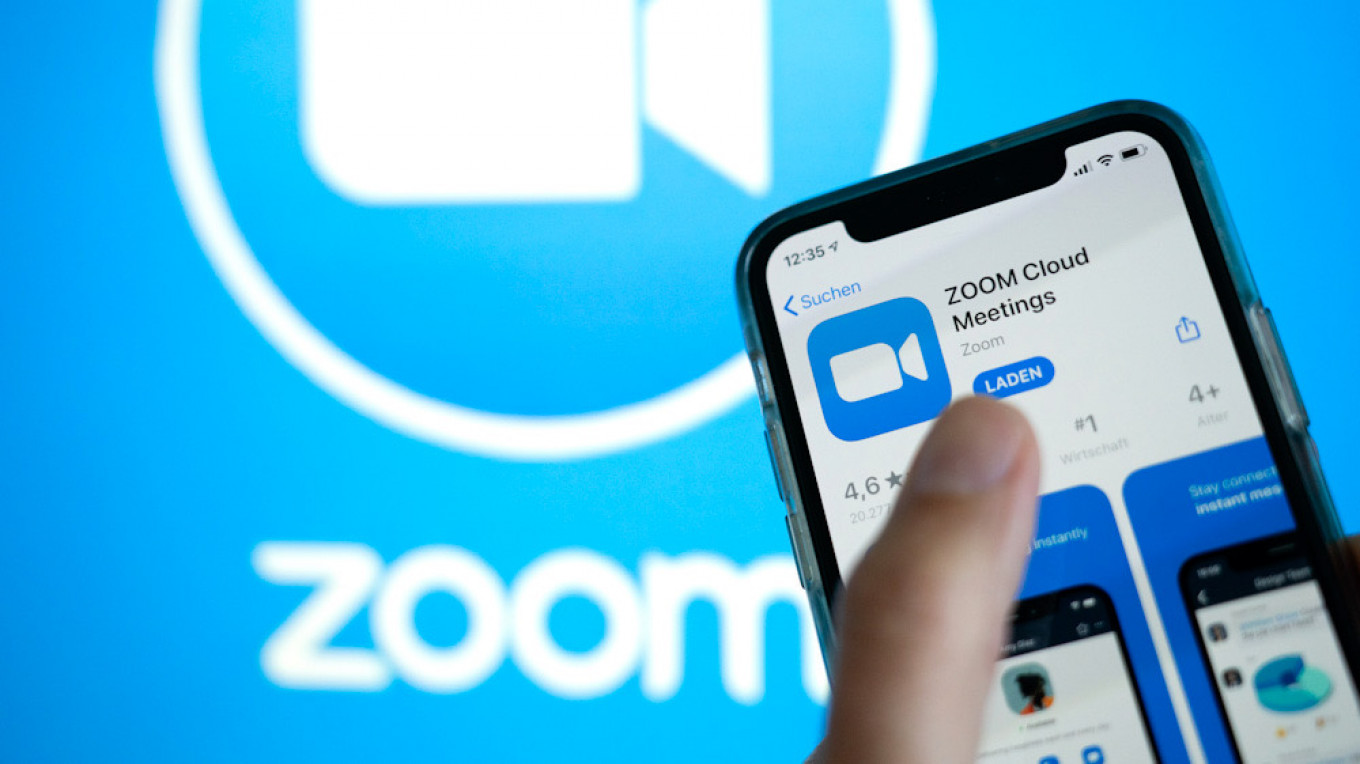 Moscow: The Kremlin on Wednesday urged Russian companies to develop alternatives to Zoom. A lawmaker warned that Zoom may be blocked in the country after the media said the service restricted access to government agencies.

This American company has become a global leader in video conferencing applications, and after the outbreak of the coronavirus pandemic, it has become ubiquitous as companies and schools use it online.

Russian media reported on Wednesday that out of concerns about the new US sanctions on Moscow, Zoom has banned its distributors from selling to government agencies and state-owned companies to the Russian government and some post-Soviet countries (known as the Commonwealth of Independent States).

“Zoom continues to be committed to serving customers in the Russian market and the Commonwealth of Independent States,” Zoom said in reply to an AFP inquiry.

“We are in the process of evolving our approach in the region, and in the meantime, new and existing customers in both the public and private sectors can seek to procure Zoom accounts directly through our website.”

Kremlin spokesman Dmitry Peskov said Wednesday downplayed any lack of access to Zoom, but added that Russia needs to “switch to alternatives”.

“Our operators of similar platforms will need to work hard to complete their services,” he told reporters.

“But they do exist and will be able to compensate for the absence of such a popular service as Zoom.”

Posted on March 11, 2021
Peshawar: The Peshawar High Court (PHC) on Thursday ordered the authorities to ban the sharing of short video sharing app TikTok in China. During...
Read More

Posted on April 27, 2020
London: Uber will offer discounted travel to health professionals in the UK from Wednesday as the service expands its range of services based in...
Read More

Posted on July 23, 2020
Islamabad: Tania Aidrus, Special Assistant to the Prime Minister of Digital Pakistan, said on Thursday that banning video streaming site YouTube is “not a...
Read More

Posted on April 19, 2021
London: The British authorities are exploring the possibility of creating a new digital currency. Treasury Minister Rishi Sunak said that the digital currency may...
Read More

Ford to put Google cloud to work in cars and factories

Posted on February 2, 2021
San Francisco: Ford and Google announced on Monday that they have formed an alliance to apply the Internet giant’s cloud computing technology to improve...
Read More

Posted on December 18, 2020
Tokyo: Sony said on Friday that it will withdraw CD Projekt SA’s Cyberpunk 2077 from its PlayStation store and will refund the full amount...
Read More