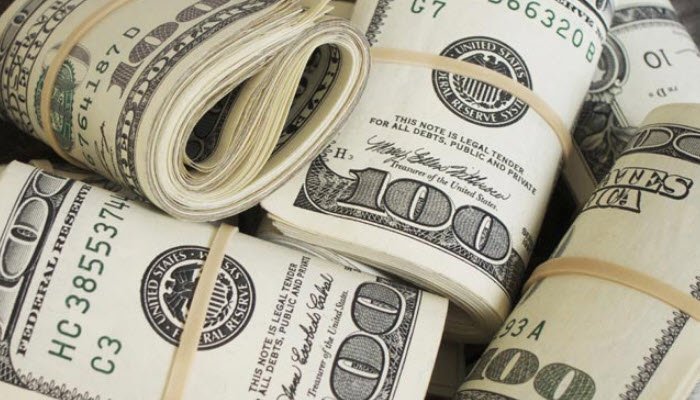 At the same time, according to the Pakistan Foreign Exchange Association, the exchange rate of the U.S. dollar on the open market is 158.4 rupees and 159 rupees respectively.

The National Bank of Pakistan reported that in inter-bank transactions, the exchange rate of the euro against the U.S. dollar fell by 80 paises to 187.90 rupees, while the last day’s transaction price was 188.70 rupees.

The yen fell by two paisas to close at 1.51 rupees, while the pound exchange rate rose by 62 paisas. The pound traded at 209.65 rupees, compared with the last closing price of 209.03 rupees.

The exchange rate of the UAE dirham and the Saudi riyal fell by 06 paisa to close at 43.20 rupees and 42.31 rupees respectively.

Posted on May 15, 2020
FAISALABAD: Advisors to Abdul Razak Dawood, the prime minister of business, textile and investment, said the government is trying to control the economic losses...
Read More

Posted on June 9, 2021June 9, 2021
Islamabad: According to the Pakistan Statistics Bureau (PBS), compared with the same period last year, the country’s exports have increased by 13.97% in the...
Read More

Posted on February 25, 2021
Islamabad: During the seven months of the current fiscal year (2020-21), the country’s pharmaceutical exports increased by 24.92% compared to the same period last...
Read More

Rupee loses 10 paisa against US dollar in interbank

Posted on March 20, 2020
Islamabad: According to the National Bank of Pakistan (SBP), the exchange rate of the rupee to dollar between the Pakistani interbanks fell by 10...
Read More

Posted on March 23, 2020
Hong Kong: Despite massive global economic stimulus, most Asian stock markets lost money in early trading on Monday and investors were shocked by the...
Read More