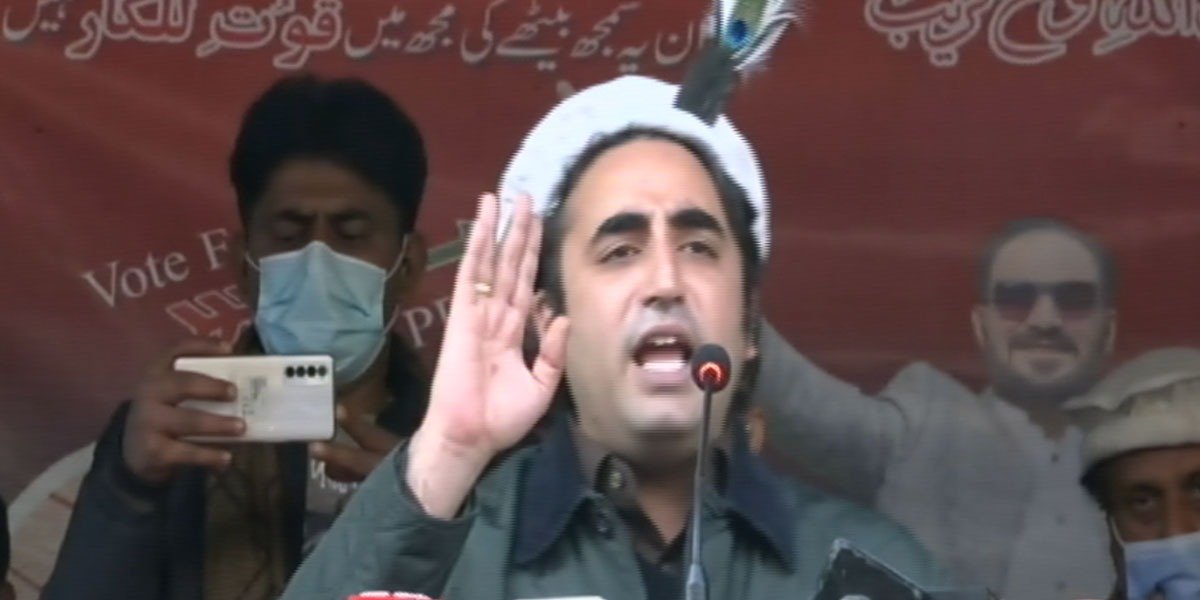 Karachi: Chairman of Pakistan People’s Party (PPP) Bilawal Bhutto Zardari on Monday said that Imran Khan’s wanting another term to solve problems is joke with the country and now masses will not be fooled by false claims of economic progress.

In a statement, the PPP chairman criticized the government’s economic policy and said that when Imran Khan came to power, he promised to provide 10 million jobs, but his government actually took away jobs from ordinary people.

Bilawal further stated that due to the failure of government policies, the country’s middle class is now close to the poverty line. He added that if we want the national economy to develop in the right direction, we must get rid of experiments like Imran Khan.

The PPP chairman stated that as long as ordinary people cannot even afford basic necessities, the proposition of economic progress has no meaning. He claimed that Imran Khan only made policies while keeping his close friends’ economic policies in mind.

Next general elections to take place under new mechanism: Fawad

Posted on May 8, 2021
Karachi: After PML-N requested a recount, Pakistan People’s Party (PPP) candidate Qadir Mandokhel once again ranked top in the NA-249 by-election. According to detailed...
Read More

Posted on October 12, 2020
A month after evading the police, the main suspect in the highway rape case, Abid Malhi, was arrested from Faisalabad. Police said Abid was...
Read More

Posted on April 26, 2021
Islamabad: Federal Minister for Science and Technology, Shibli Faraz on Monday emphasized the importance of creating strong linkages between the universities and industry to...
Read More