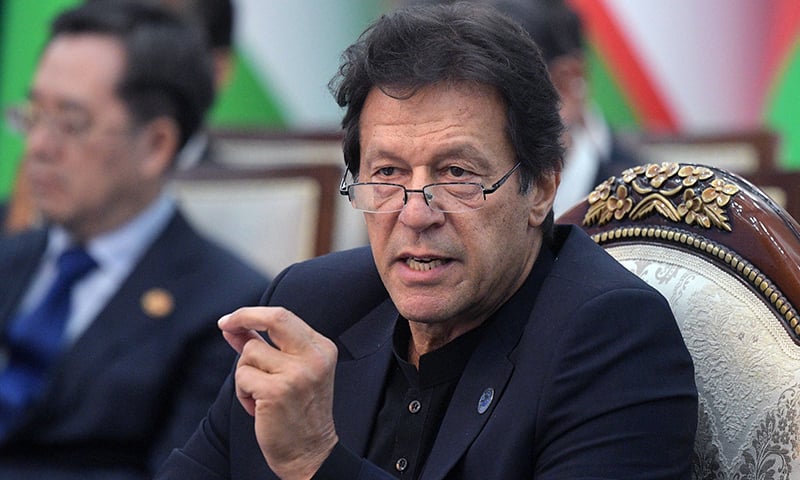 Islamabad: Prime Minister Imran Khan will deliver a virtual speech at the 76th session of the UN General Assembly, the world’s largest diplomatic gathering on September 24.

This was stated by Pakistan’s Permanent Representative to the United Nations, Ambassador Munir Akram. Pakistan’s Ambassador to the UN, Munir Akram said Pakistan will actively participate in the General Assembly session.

He said Pakistan’s policy statement, to be delivered by Prime Minister Khan, is expected to convey Islamabad’s views on the major global economic and political issues.

The ambassador stated throughout the meeting that Pakistan will draw the world’s attention to the human rights violations in Kashmir occupied by India, the need to stabilize Afghanistan, the need to combat Islamophobia and the disinformation that India is propagating, and the economic challenges it faces. Developing countries.

He said that Foreign Minister Shah Mahmoud Qureshi will personally participate in several events held during the high-level week of the General Assembly, including the meeting of the Working Group of the Organization of the Islamic Conference on Jammu and Kashmir and the ministerial meeting of the UN Security Council Consensus Group. , And a high-level meeting on energy.

The Foreign Minister will also hold a number of bilateral meetings with his counterparts and the UNSG, address think tanks and interact with Pakistani community, businessmen and media.

The 67th session of the United Nations General Assembly, held in a mixed format, will open in New York on Tuesday.

Thunderstorm forecast for Karachi, other Sindh cities this week

Posted on July 29, 2020
Karachi: Sindh High Court (SHC) on Wednesday expressed anger at provincial and local government over situation of Karachi after recent rains. According to the...
Read More

Posted on October 20, 2021October 20, 2021
Islamabad: Pakistan Peoples’ Party (PPP) chairman Bilawal Bhutto Zardari has said that his party stands with the people against the worst inflation in the...
Read More

Posted on July 21, 2020
Turbat: One person was killed and seven sustained injuries in a bomb blast in Balochistan’s Turbat. According to the details, the rescue team arrived...
Read More

Coronavirus pandemic: nation gears up with govt, opposition on one page

Posted on March 26, 2020
Islamabad, March 26: As federal, state, and opposition governments display a rare and harmonious unity against this deadly coronavirus, people across the country are...
Read More

Posted on February 1, 2021
Islamabad: The Supreme Court of Pakistan on Monday extended the detention order for the defendant in the murder of American journalist Daniel Pearl by...
Read More