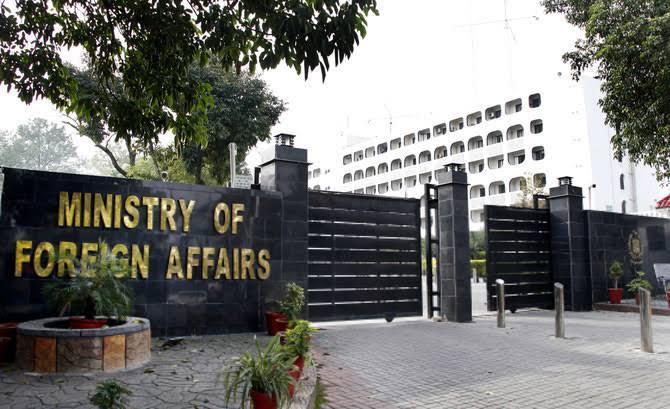 The Ministry of Foreign Affairs said in a statement: “It is commendable that the Saudi army successfully intercepted and destroyed all projectiles.”

The Ministry of Foreign Affairs pointed out that attacks that caused fear and terror should be condemned.

Pakistan reaffirms its full support and solidarity with the brotherly Kingdom of Saudi Arabia so as not to pose any threat to its security and territorial integrity.

Yemen’s Houthis said on Thursday that it used drones and missiles to attack targets in the southern Saudi city of Jazan, including Aramco, a state-owned oil giant that caused a fire in the state.

A spokesman for the Houthi military said that Saudi Arabia has not confirmed that there has been a fire, nor has it hit the Patriot’s anti-missile structure.

However, the Saudi-led coalition operating in Husseis, Yemen, said that it intercepted four drones and five ballistic missiles. Limited the fire and put it under control.

Twitter down again in Pakistan with hundreds reporting outages

Posted on August 4, 2020
Islamabad: Prime Minister Imran Khan announced on Tuesday the approval of a new political map of Pakistan, which includes Kashmir, which is entirely occupied...
Read More

Posted on July 28, 2020
Lahore: Pakistan, on Tuesday reported lowest number of new coronavirus cases in over 12 weeks, with only 936 cases as the number of positive...
Read More

Posted on May 21, 2021
CHAMAN: Today (Friday), at least four people were injured in the explosion near Murghi Bazaar in Chaman. According to preliminary details, security personnel sealed...
Read More

Posted on December 31, 2020
Islamabad: Prime Minister Imran Khan said that the bank will expand all possible cooperation in the construction of low-cost housing and will provide loans...
Read More

Bilawal thanks people after PPP victory in NA-249 by-poll

Posted on April 30, 2021
Karachi: Bilawal Bhutto Zardari, chairman of the Pakistan People’s Party, expressed his gratitude to the people of Karachi in a Twitter message because the...
Read More
National Style
Posted on December 15, 2019
ISLAMABAD: Prime Minister (PM) Imran Khan will leave for Bahrain on Monday on the invitation of King Hamad Bin Isa Al-Khalifa to attend the...
Read More