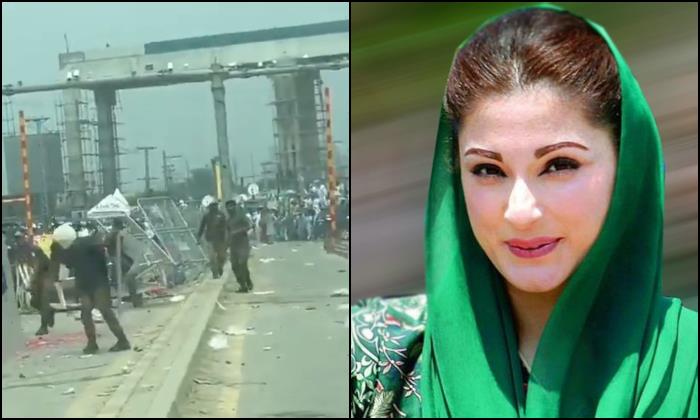 LAHORE: A case has been registered against Pakistan Muslim League Nawaz (PML-N) Vice President Maryam Nawaz and other party leaders and workers in Chohang police station. The case was filed on the request of NAB against the attack on its office on Tuesday.

The case against PML-N includes sections of 353, 427, 148 and 16 MPOs. The report says that workers led by Maryam Nawaz pelted stones at the officials and she attacked NAB at the behest of her husband Safdar Awan. It further says that party workers pelted stones, injuring 13 officials, including NAB employees in the attack.

NCC meets today to take decision about relaxation in lockdown

Posted on May 6, 2020
Islamabad: The National Coordinating Committee (NCC) meeting will be held in Islamabad on Wednesday to make a decision on relaxing the blockade after Saturday....
Read More

Technology
Posted on October 30, 2020
Cross-platform messaging application WhatsApp has now announced to charge business customers for some of the services it offers. According...
Read More

National
Posted on October 30, 2020
RAWALPINDI: After the hosts sent Zimbabwe 255 goals in the 50th game, Pakistan defeated those visiting Zimbabwe by a...
Read More

Style World
Posted on October 30, 2020
Istanbul: The U.S. Geological Survey said that a magnitude 7.0 earthquake occurred on the western coast of Turkey on...
Read More