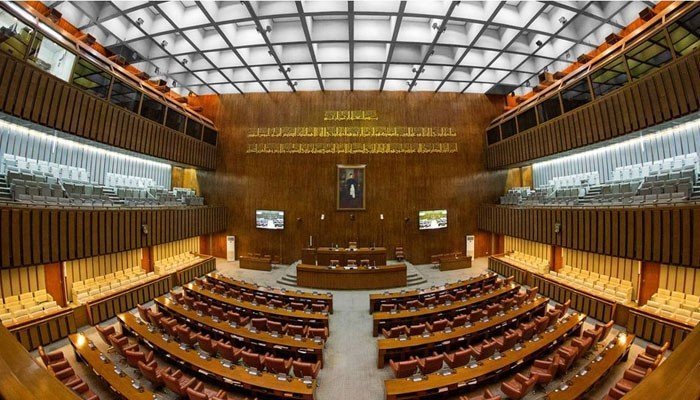 Islamabad: The National Assembly passed a unanimous resolution on Monday expressing its deep concern over the increasing oppression and cruelty imposed by the Israeli apartheid regime on the Palestinian people.

It condemned the attacks of the apartheid Israeli regime on the followers of the Al-Aqsa Mosque during Ramadan and tried to stop Azan. It condemns and rejects the continued practice of apartheid, which violates the Fourth Geneva Convention to expand settlements through forced expulsion.

The death toll from the Israeli attack on the blocked Gaza Strip on Monday rose to 198, including 40 women and 58 children.

The grim figures include 58 children and 40 women, while more than 1,300 people were injured in the offensive.

Before dawn, in just a few minutes, dozens of Israeli strikes bombed the crowded Palestinian coastal zone. Local authorities said that a strong explosion occurred in Gaza City and the fire lifted into the air, causing widespread power outages and damaging hundreds of buildings.

Since May 10, the Israeli military has launched air strikes in the Gaza Strip, leaving traces of mass destruction throughout the seaside territory.

Govt likely to raise electricity tariff by Rs2 per unit

Posted on May 28, 2020
Islamabad: The price of electricity is likely to increase from 1.5 rupees per unit to 2 rupees, which will place an additional burden on...
Read More

Posted on December 17, 2021December 17, 2021
Lahore: Pakistan has reported 14 deaths from the new coronavirus in the past 24 hours, and the number of confirmed positive cases has surged...
Read More

Posted on April 13, 2022April 13, 2022
ISLAMABAD: An emergency meeting on the energy sector chaired by Prime Minister (PM) Shehbaz Sharif is underway in Islamabad. According to the details, the...
Read More