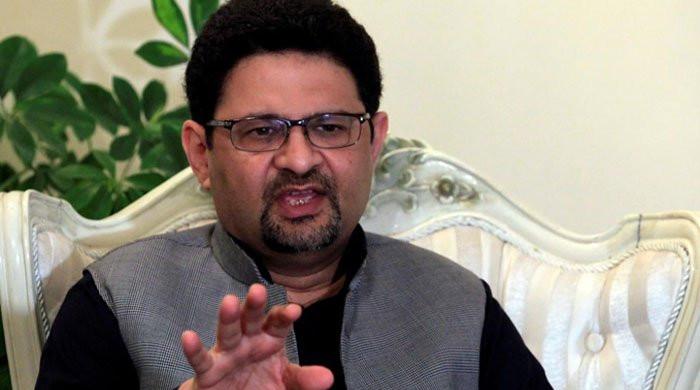 In his letter, Miftah Ismail has stated that the results from more than 30 polling stations have not been received. He has also expressed serious reservations regarding the attitude of some presiding officers.

PML-N President Shehbaz Sharif has also demand a recount, saying that as per law, a recount is possible if difference of votes is less than 5%. Shehbaz said he hoped the Chief Election Commissioner will ensure the requirements of the constitution and transparency are met.

On Friday, Miftah Ismail submitted three written petitions to the returning officer of NA-249 constituency, in which he has demanded a recount and sought details from the Election Commission.

In his petitions, Miftah Ismail demanded a forensic audit of 15 polling stations in the constituency as well as verification of voters’ fingerprints. Miftah Ismail and PTI leader Amjad Afridi’s pleas seeking a recount were rejected by the Returning Officer on Saturday.

These petitions are the result of PPP’s victory in the NA-249 by-election on Thursday. Its candidate Qadir Khan Mandokhel received 16,156 votes, while Miftah Ismail followed with 15,473 votes.

Style World
Posted on December 1, 2019
TEHRAN (AFP) – A senior Iranian official has suggested in an interview with AFP that authorities may be more open than in the past...
Read More

Posted on February 8, 2021
Islamabad: Jamiat Ulema-e-Islam has challenged the presidential decree, requesting a public vote for the Senate election in the Supreme Court of Pakistan (SCP). JUI...
Read More

China says U.S. trying to shift blame and smear Beijing over WHO

Posted on May 19, 2020
Beijing: China stated that the United States, in response to a letter from President Donald Trump in Washington, threatened to stop funding to the...
Read More

Posted on April 1, 2022April 1, 2022
ISLAMABAD: Federal Minister for Information and Broadcasting Fawad Chaudhry has said that reports about plot of assassination of Prime Minister (PM) Imran Khan have...
Read More

Posted on December 24, 2021December 24, 2021
Islamabad: Adviser to the Prime Minister on Finance and Revenue Shaukat Tarin on Friday has taken oath as senator. According to details, Senate Chairman...
Read More