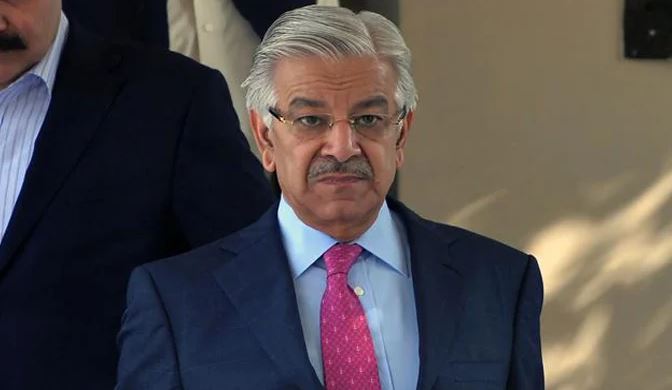 A day ago, the Lahore High Court announced its decision to grant bail in exchange for bail worth 10 million rupees

After the court ruled, prison officials rushed to Jinnah Hospital on Thursday. Khawaja Asif was admitted to the hospital after the operation and handed the bail order to the hospital staff.

Commenting on the move, Kot Lakhpat Prison Director Kashif Rasool said that the court’s order has been implemented and Asif is free to leave.

However, despite the bail order, Khawaja Asif’s lawyer, Najam Al Hassan, stated that the doctor advised him to stay in the hospital for another two days to fully recover.

You may remember that Khawaja Asif was arrested on December 29, 2020, and he submitted an application for bail on March 27, 2021.

US to lift travel ban on southern Africa

Posted on December 25, 2021December 25, 2021
Washington: Officials said on Friday that the United States will lift the travel ban on several southern African countries next week, when the Covid...
Read More

China appreciates Pakistan for being against politicisation of sports

Posted on December 12, 2021December 12, 2021
Islamabad: Chinese Ambassador to Pakistan Nong Rong said on Sunday that his country appreciates Pakistan’s opposition to the politicization of sports. Taking to Twitter,...
Read More

Posted on April 2, 2020
Islamabad: Prime Minister Imran Khan has reconvened the meeting of the National Coordination Committee (NCC) and will meet today (Thursday). During the meeting, measures...
Read More

Posted on March 6, 2021
New Delhi: Indian farmers gathered on Saturday to block a six-lane highway outside New Delhi to commemorate the 100th day of protests against the...
Read More

Posted on January 29, 2022January 29, 2022
ISLAMABAD: Special Assistant to Chief Minister for Information and Spokesperson Punjab Government Hasaan Khawar has said that promotion of tourism sector is the top...
Read More

Putin’s offer of a call with Biden was to save ties: Kremlin

Posted on March 19, 2021March 19, 2021
Moscow: The Kremlin said Friday that President Putin’s proposal to talk to US President Biden was to prevent bilateral relations from being completely dismantled...
Read More