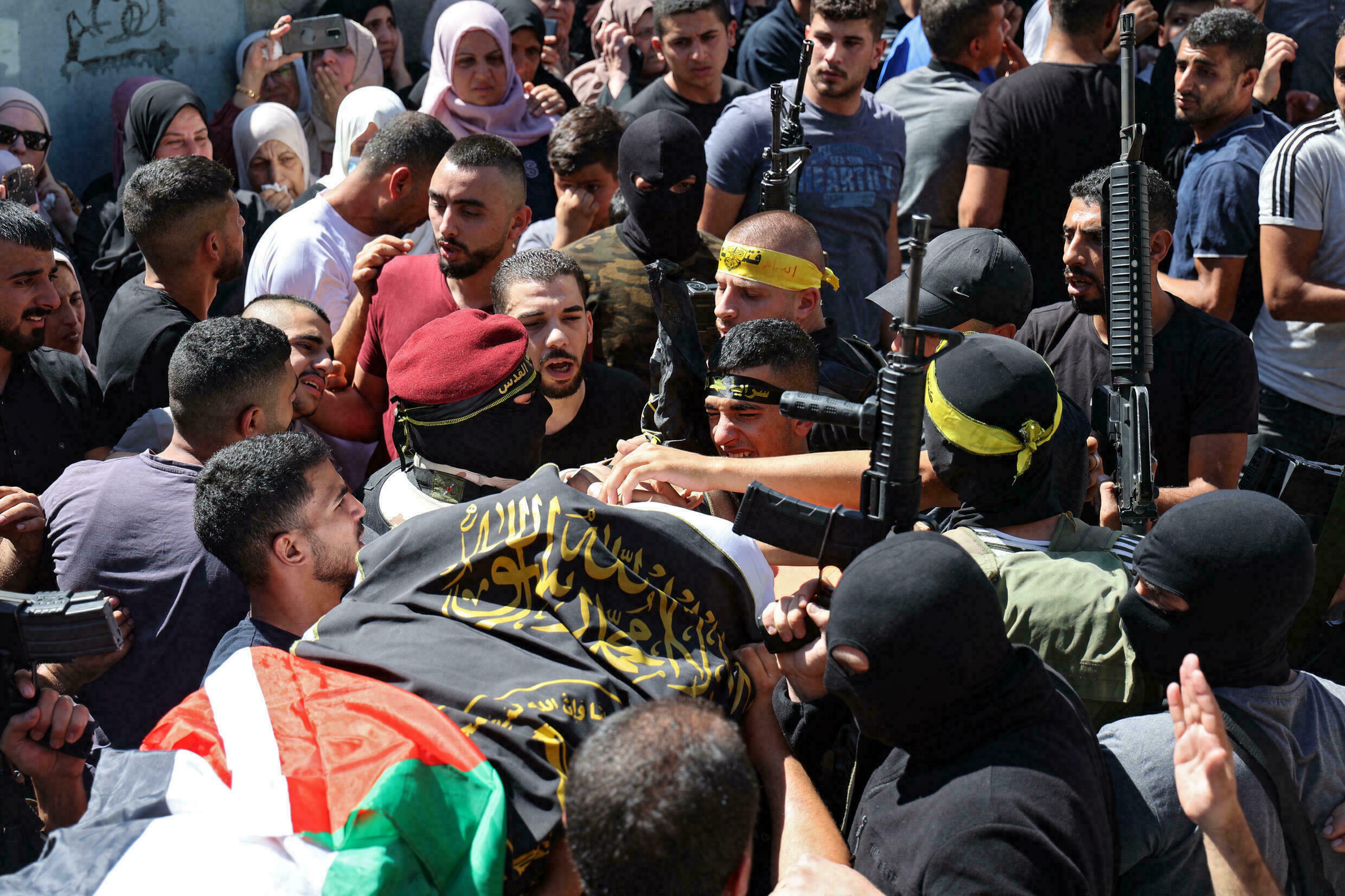 Jerusalem: Earlier on Sunday, the Israeli army carried out a series of arrests and attacks on suspected Hamas militants in the occupied West Bank, triggering two gun battles. Five Palestinians were killed and two Israeli soldiers were killed. Seriously injured.

It was the deadliest violence between Israeli forces and Palestinian militants in the West Bank in several weeks. The region has seen an increase in fighting in recent months, with tensions fueled by Israeli settlement construction, heightened militant activity in the northern West Bank and the aftermath of a bloody war between Israel and Hamas militants in the Gaza Strip last May.

Israeli officials said they had been tracking the Hamas militants for several weeks and that the raids were launched in response to immediate threats.

Israeli Prime Minister Naftali Bennett said the militants were about to carry out attacks “in real time.” He praised the Israeli forces, saying they acted “as expected. They engaged the enemy and we back them completely.”

The Israeli army spokesman, Lieutenant Colonel Amnon Shefler, said that the Israeli army was attacked during the arrest operation. He said that at least four Hamast workers were killed in the night operation and several others were arrested.

The Palestinian Ministry of Health stated that two Palestinians were shot and killed near Jenin, a city in the northern West Bank of the Jordan River, and three others were killed in Bidu, north of Jerusalem. The Israeli military said an officer and soldier were seriously injured when they were arrested in Burqin, near Jenin, and were airlifted to the hospital for treatment.

Hamas confirmed that four of the dead, including the three killed in Bidu, were members of Islamic militant groups. Palestinian officials said that a 16-year-old boy was among the dead, but it is unclear whether he was an activist.

The Palestinian Authority, which administers the semi-autonomous regions of the West Bank, condemned the killings and stated that the Israeli government “takes full and direct responsibility for this bloody morning and the crimes committed by the occupying forces”.

Hamas ruled the Gaza Strip after it seized the Gaza Strip from the Palestinian Authority in 2007. It praised the victims as “brave martyrs.” It calls on its supporters to “design tactics and means to harm the enemy and consume the enemy in all possible forms of resistance.”

Also on Sunday, Israel released Khalida Jarrar, a prominent Palestinian parliamentarian, who served nearly two years in prison. Jarrar is a senior figure in the Popular Front for the Liberation of Palestine and has been in and out of Israeli prisons for many years-usually without charges.

PFLP has an armed wing and is regarded as a terrorist organization by Israel and Western countries, but Jarrar was not involved in the attack. In March of this year, she was sentenced to two years in prison for joining a forbidden group, but she was praised for the time she had already served. A few weeks before the end of her sentence, she was released.

Recent months have seen a rise in violence in the West Bank, with more than two dozen Palestinians killed in sporadic clashes with Israeli troops and during protests.

Many of the clashes have occurred near Beita, a Palestinian village where residents regularly demonstrate against an unauthorized settlement outpost, and near Jenin, which is known as a militant stronghold.

Last month, Israeli troops clashed with Palestinian gunmen during a late night raid in Jenin, killing four Palestinians. Sunday’s clashes came a week after Israel recaptured the last of six Palestinian fugitives who tunneled out of a maximum-security Israeli prison earlier this month. The escapees were from Jenin, and two were caught there after an extensive search.

Israel occupied the West Bank in the 1967 Middle East War and established dozens of settlements, of which nearly 500,000 settlers lived. The Palestinians see the West Bank as part of their future country and the settlements as the main obstacle to the resolution of the conflict.

Jinnah’s statue blown up in Gawadar

UMER SHARIF’S DEPARTURE TO US DELAYED FOR HOURS

Posted on January 18, 2021
Washington: Joe Biden has promised to act immediately after taking office on Wednesday to respond to the coronavirus pandemic and revitalize the troubled U.S....
Read More

Posted on March 2, 2020
Tehran: Iran said Monday that a new coronavirus killed another 12 people in the Islamic Republic, bringing the total death of the country to...
Read More

Posted on December 2, 2020December 2, 2020
Joe Biden will keep Donald Trump’s trade-war tariffs on China for the time being when he moves into the Oval Office next month, the...
Read More

Virus curbs tightened over fears of a second wave

Posted on July 29, 2020
Paris: Spain and Germany are among the countries that tightened restrictions on Tuesday to cool down the coronavirus hotspots that caused the second wave...
Read More