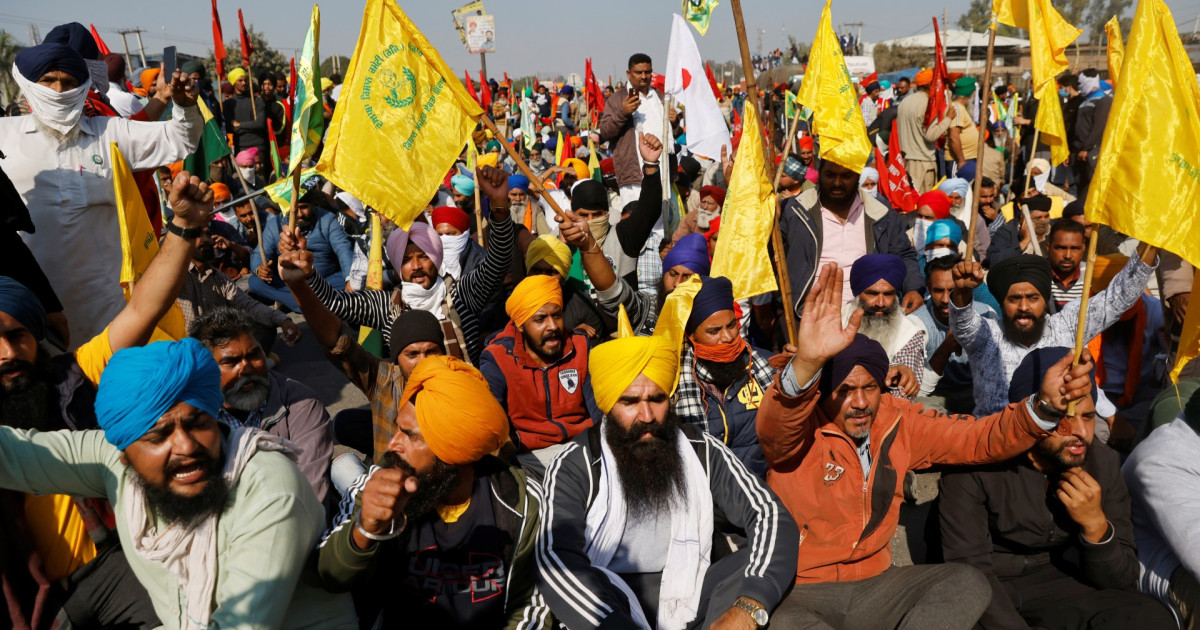 Candela Province, India: On Wednesday, Indian farmer leaders outlined plans to expand demonstrations against agricultural reform for several months, as their cause has gained widespread attention in the West.

They demanded the repeal of three new agricultural laws so that they harmed the interests of large companies. Since the end of 2020, thousands of farmers have been concentrated in the suburbs of Delhi.

Their peaceful protest was violently disrupted last week when some demonstrators dragged a tractor into the heart of the capital and clashed with the police.

Since then, the police set up roadblocks near the three main protest sites and shut down the Internet in some areas.

The leaders of American pop superstar Rihanna who addressed the top farmers in a post to her 101 million Twitter followers said they would not back down.

“This gathering shows the anger against the government and we will continue our fight,” union leader Rakesh Tikait told a 50,000-strong rally of the politically influential Jat community in northern Haryana state.

He and other leaders said they would send more farmers to the Delhi protest sites and hold similar meetings across the country to gather further support.

Rakesh Singh Vidhuri, a farmer from the neighbouring state of Punjab, the epicentre of the protests, who attended Wednesday’s meeting, said the movement was bringing together growers from across India’s northern breadbasket region.

“The protests have spread because these laws will impact the livelihood of farmers and Indian agriculture overall,” he told Reuters.

US, Iran and inertia, an axis to dampen France’s Lebanese dreams

Posted on December 18, 2020
Paris: At a private dinner in Paris last month, US Secretary of State Mike Pompeo made it clear that Washington was dissatisfied with France’s...
Read More

Posted on April 15, 2020
Karachi: The source revealed that the number of unresolved deaths in Karachi has further increased and that hundreds of people have been taken to...
Read More

Posted on February 27, 2021
Lahore: Pakistani Muslim League-Nawaz (PML-N) senior leader Rana Sanaullah said that the members of the PTI rally have been with PML-N and former Prime...
Read More

Posted on May 28, 2020
Islamabad: Prime Minister Imran Khan ordered a transparent investigation into the Pakistan International Airlines (PKA) PK-8303 crash on Thursday, and ordered the publication of...
Read More
National Style
Posted on December 9, 2019
KARACHI: The Sindh cabinet today (Dec 9) approved a bill to restore the student unions in provincial educational institutes, which will be passed after...
Read More