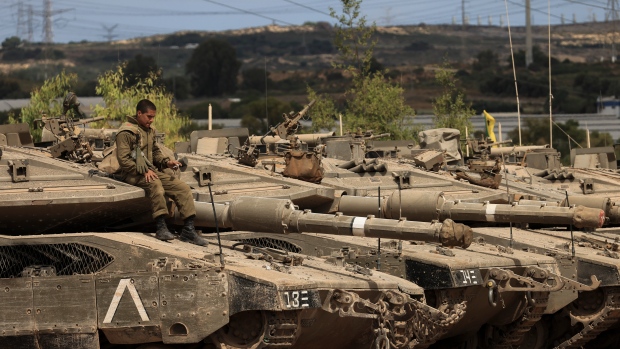 Gaza City: Thousands of Hamas fighters held a military parade in Rafah in the southern Gaza Strip on Friday, a week after the ceasefire with Israel took effect in the damaged coastal enclave.

Holding weapons, the masked members of the Ezzedine al-Qassam Brigades, the armed branch of Hamas — the Islamist group that runs Gaza — paraded through the southern city, AFP reporters said.

Fighters rode trucks, cheering to a group of people including women and children, and displayed a military arsenal of rocket launchers and drones.

The Egyptian brokerage ceasefire that took effect as of last Friday has been held so far, ending the Israeli bombing of Gaza and the 11 days of launching rockets to Israel from the coastal strip starting on May 10.

Israeli strikes on Gaza killed 248 Palestinians, including 66 children, and have wounded more than 1,900 people, the Gaza health ministry says.

Rockets and other fire from Gaza claimed 12 lives in Israel, including one child and an Arab-Israeli teenager, an Israeli soldier, one Indian, and two Thai nationals, medics say. Some 357 people in Israel were wounded.

There is controversy about how many of those killed in Gaza were combatants, and how many were civilians.

However, both sides demanded victory after the ceasefire took effect.

Hamas held several post-ceasefire rallies in the devastating Gaza Strip, including one Thursday in Khan Younis and south of Israel’s blockade of territories.

Apple to delay launch of podcast subscription service until June

Posted on June 25, 2021June 25, 2021
Lahore: Intelligence agencies on Friday have prepared the report of blast in Lahore’s Johar Town that killed three people and injured 21. According to...
Read More

Posted on July 4, 2020
Shekhupura: 22 passengers died in an accident on Friday as Shah Hussain Express rammed into Sikh yatris’s coaster bus in Sheikhupura. A spokesman for...
Read More

Pakistan reports 1,683 COVID-19 cases, highest in over a month

Posted on March 24, 2020
Lahore: After Punjab reported three new cases in the province on Tuesday morning, the number of confirmed new cases of coronavirus in the country...
Read More

Posted on March 17, 2021
Prime Minister Imran Khan has decided to reshuffle the federal cabinet, sources informed. This move will be one of several reorganizations of the PTI...
Read More