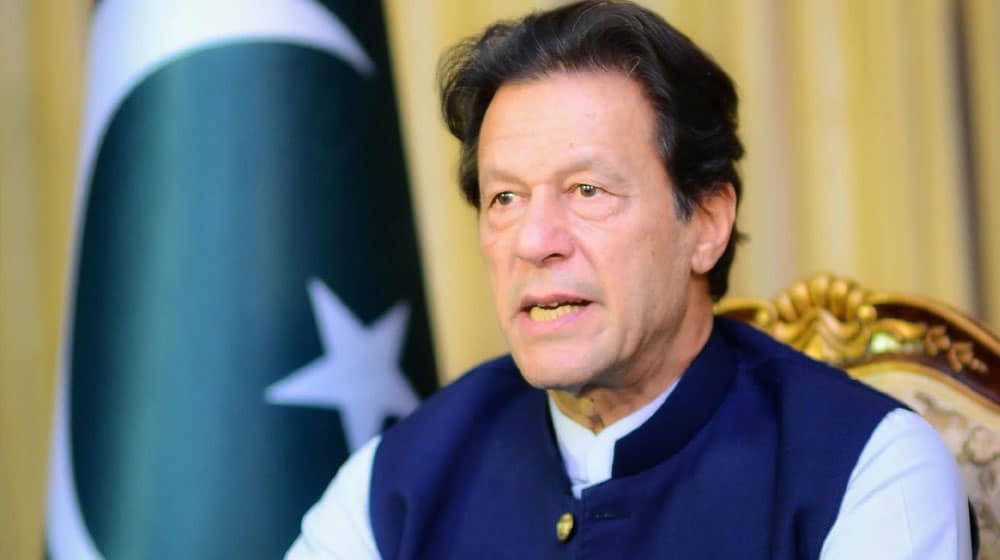 Peshawar: Prime Minister Imran Khan announced on Wednesday that the government will hold the Senate elections scheduled for March ahead of schedule.

Speaking to the media here, he revealed the government has decided to hold the polls through show of hands instead of a secret ballot to bring an end to the practice of horse-trading and added it is going to approach the Supreme Court to seek its opinion on the proposed changes in the voting procedure.

Prime Minister Imran Khan said that money was used to buy votes in the Senate polls in the past, recalling he expelled 20 PTI members of provincial assemblies after they were found to be involved in horse-trading.

“We believe in transparent elections,” he declared. The polls will be held for 52 seats of the upper house of Parliament as many members of the 104-member Senate are retiring on March 11.

When talking about the 11-party opposition PDM coalition, the prime minister said: “I said on the first day that all thieves will unite. Today, they are united in the name of PDM.”

He said opposition leaders questioned when had they asked him for an NRO-like deal. “They asked for NRO in writing on the NAB issue. The amendments they put forth meant burying NAB.”

Prime Minister reiterated that he won’t give the opposition an NRO at any cost, adding the corruption cases opposition leaders face were instituted in the past and not by his government. “There is no threat to our government from the opposition, nor is there any kind of pressure on me,” he cleared.

Senate election will be held on time: Raza Rabbani

Posted on January 2, 2021
A political rally will be held in Bahawalpur tomorrow under the leadership of Maulana Fazlur Rehman, the head of the Pakistan Democratic Movement (PDM)....
Read More

Posted on January 1, 2021
LAHORE: Divisions have emerged within the ranks of the Pakistan Democratic Movement (PDM) as top leaders of the opposition alliance discuss the future course...
Read More
National Style
Posted on December 4, 2019
Minister for Science and Technology Fawad Hussain said on Wednesday that it will be unfortunate if the opposition decides to approach the Supreme Court...
Read More

Lockdown will be further relaxed in coming days: PM Imran

Posted on May 4, 2020
Islamabad: Prime Minister Imran Khan said on Monday that with the establishment of standard operating procedures (SOPs) based on preventive measures for all departments,...
Read More

Posted on May 22, 2020
Jumatul Wida, the last Friday of Ramadan, is observed across the country today. Jumatul Wida has a special significance as it leads to the...
Read More

Aerial search finds no trace of missing climbers on K2

Posted on February 7, 2021
SKARDU: Even on the second day of the aerial search operation, no trace of the missing climber was found. According to rescuers, these helicopters...
Read More