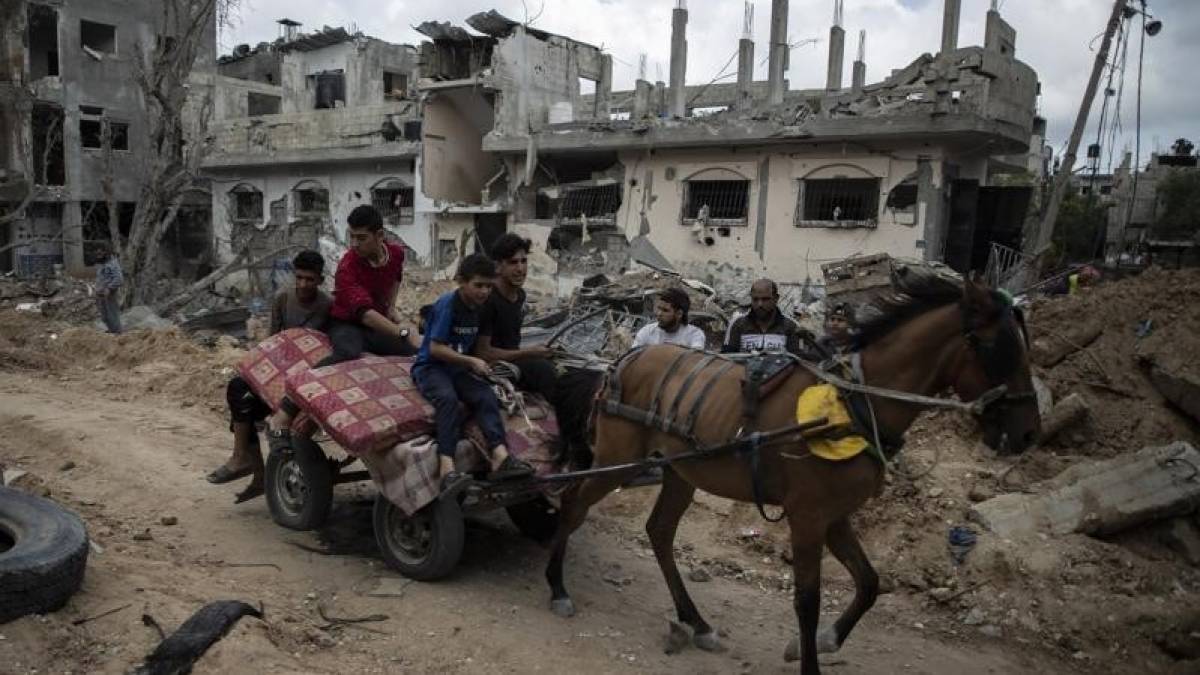 Gaza City: Thousands of displaced Gazans started returning to their homes to check for damage on Friday, while Israelis returned to normal life, as a ceasefire appeared to take hold after 11 days of deadly fighting.

But in Jerusalem, Israeli police suppressed stone-throwing demonstrators in the highly sensitive Al-Aqsa Mosque compound town, and similar conflicts two weeks later triggered the most serious escalation in years. Israeli forces defeated an AFP photographer who was covering up the unrest there.

The Israeli police said there were clashes in several other areas of East Jerusalem occupied by Israel and at the border crossing between Jerusalem and the West Bank, adding that hundreds of police officers and border guards had been mobilized.

A UN official said that the Palestinians in Gaza had flowed out of the school in the shelter, while rescuers said they were using their meager resources to clear the rubble and rescue any survivors.

Nazmi Dahdouh, 70, said an Israeli strike had destroyed his home in Gaza City.

“We don t have another home. I ll live in a tent on top of the rubble of my home until it s rebuilt,” the father of five said.

“We have dealt a painful and severe blow that will leave its deep marks” on Israel, said the movement s political chief Ismail Haniyeh, pledging to rebuild Gaza.

He also thanked Iran for “providing funds and weapons” to Hamas.

Before dawn, after the truce began, Palestinians in Gaza honked their horns and shot into the air, while joyful crowds also walked to the streets of the occupied West Bank.

In Israel, the crying air raid sirens became silent, and when people went to the open-air cafes in the coastal commercial center of Tel Aviv, the calm atmosphere shrouded people’s sight.

After the international community exerted pressure to stop the bloody conflict, Egypt led to a truce, which also included the Islamic Jihad, the second most powerful armed group in Gaza.

Over 900 Taliban fighters freed so far in Afghan prisoner swap

Posted on May 8, 2020
Kabul: A militant said on Thursday that since the militants signed a landmark agreement with the United States to end the war in Afghanistan,...
Read More

Trump votes in Florida before rallies; Biden focusing on Pennsylvania

Posted on October 24, 2020October 24, 2020
West Palm Beach, Florida: President Donald Trump said that he voted for “a man named Trump” on Saturday, calling him an “honor” for casting...
Read More

India plane crash: 18 dead and 123 injured after incident in Kerala

Posted on August 8, 2020
Authorities said more than a dozen people died after the plane with up to 200 people skidded off the runway and landed in heavy...
Read More

Posted on June 19, 2021June 19, 2021
Tehran: Congratulations on Saturday to Ebrahim Raisi for winning the Iranian presidential election, because his rivals admitted it even before the official results were...
Read More

Pakistan reports one death, 640 new coronavirus cases in one day

Posted on September 20, 2020
Lahore: Pakistan has reported 1 death in last 24 hours by novel coronavirus as the number of positive cases has surged to 305,671. The...
Read More

Posted on July 9, 2021July 9, 2021
RUPGANJ: Police said on Friday that a fire destroyed a factory in Bangladesh, causing at least 52 people to be trapped in the flames...
Read More