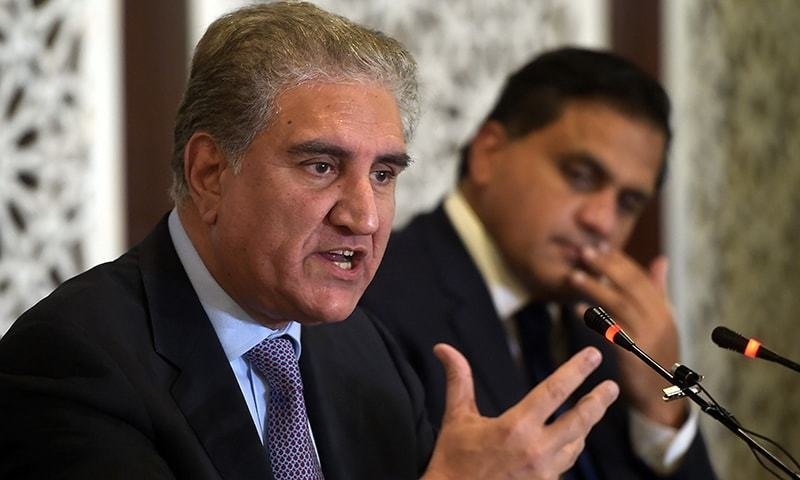 He was talking to an Afghan delegation led by Chairman of Hizb-e-Wahdat-e-Islami Muhammad Karim Khalili in Islamabad on Tuesday.

The Foreign Minister expressed satisfaction over the progress in intra Afghan dialogue saying it provides a unique opportunity to the Afghan leadership which must be seized for peace in Afghanistan.

Shah Mahmood Qureshi regretted that India is acting as a spoiler in Afghanistan and we have presented irrefutable evidence in this regard before the world community.

When talking about historical relations, the foreign secretary said that we are taking concrete steps to promote bilateral relations between the two countries. He said that Pakistan has also introduced a new visa policy to facilitate Afghans.

The Foreign Minister said that Pakistan hopes that the Afghan refugees will return home as soon as possible and with dignity.

Muhammad Karim Khalili commended Pakistan s facilitation role in the Afghan peace process. He also thanked Pakistani leadership and people for hosting the Afghan refugees over the last many decades.

Posted on April 22, 2021
Police officials said on Thursday that two other suspects were arrested in connection with the murder of Justice Aftab Afridi and his family. The...
Read More

Posted on August 6, 2020
LAHORE: Pakistan has reported 21 deaths in last 24 hours by novel coronavirus as the number of positive cases has surged to 281,863. The...
Read More

Posted on October 13, 2020
MIAN CHANNU: In a shocking incident, a fifth-grade girl was allegedly raped by her cousin at Mian Channu’s gun on Tuesday. According to the...
Read More

Posted on February 12, 2021
Wazirabad: Attaullah Tarar, the leader of the Pakistan Muslim League-Nawaz (PML-N) arrested in Wazirabad on Friday has been released. PML-N spokesperson Maryam Aurangzeb had...
Read More

Posted on December 3, 2020
Pakistan Tehreek-e-Insaf MNA Noor Alam has tested positive for the coronavirus. The Peshawar MP confirmed the update on Twitter. PTI MNA announced that he...
Read More