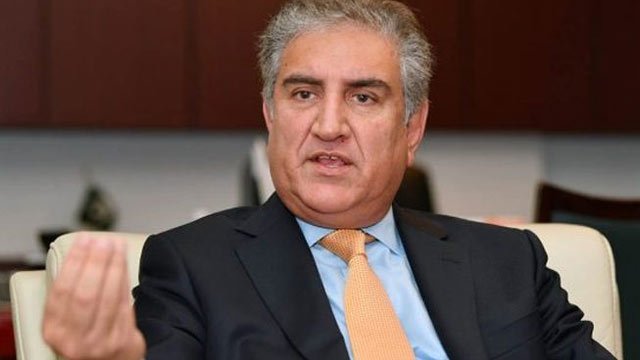 He pointed out in a statement that the peace process in Afghanistan has entered a critical stage. He said that the parties will not benefit from the allegations.

The Foreign Minister reiterated Pakistan’s commitment to peace and stability in the region. He said that Pakistan will not allow its land to be used against any other country.

Shah Mahmoud Qureshi said that India should not become a saboteur, but should work for peace in the region.

He said that ethnic minorities in India are under tremendous pressure and insecurity. He said that a large number of people in India rejected the Modi military government’s strategy.

Posted on December 14, 2020
Islamabad: Prime Minister Imran Khan said that after the Lahore rally of the Pakistan Democratic Movement (PDM), the opposition party was heavily exposed, and...
Read More

Posted on November 8, 2021November 8, 2021
Lahore: As the number of positive cases soared to 1,277,160, Pakistan has reported 9 deaths from the novel coronavirus in the past 24 hours....
Read More
National
Posted on March 21, 2021
Lahore: The head of the Pakistan Democratic Movement (PDM) Maulana Fazlur Rehman announced that our workers will be held at the Nationalist Nationalist Congressman...
Read More

Posted on May 1, 2021
Islamabad: The Election Commission of Pakistan (ECP) has accepted the request of Miftah Ismail of PML-N to recount the votes in the NA-249 by-election...
Read More