Karachi: In the seven four-story buildings in the Gulshan-e-Iqbal block of Karachi, 5 people were killed and 20 others were injured in the explosion.

According to the details, the nature of the explosion has not been determined, but the official in charge of the CTD said the explosion may be a cylindrical explosion. The impact of the explosion was so severe that the glass windows of nearby buildings were broken. Rescuers said that the balconies of the two apartments had been completely destroyed. 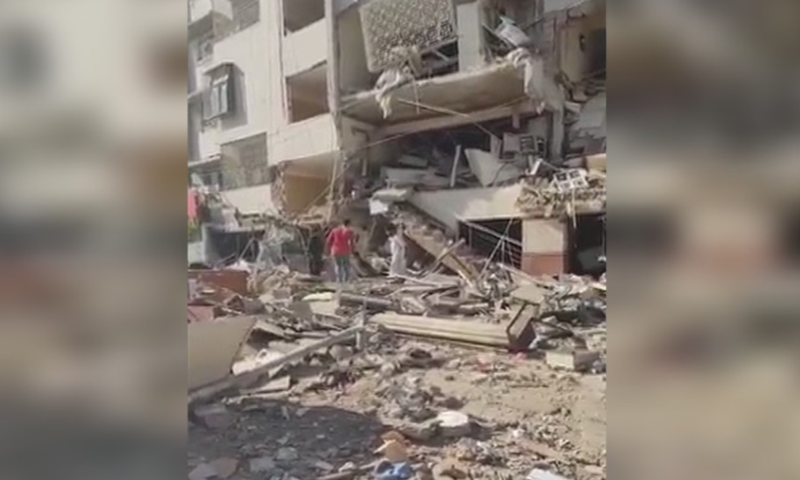 The police and rangers have arrived at the scene of the incident and launched a rescue operation, while the clearance operation by the bomb disposal team is also in progress.

The injured were transferred to a nearby hospital where seven people are said to be in critical condition.

The Chief Sind Ranger probed the location of the incident and inspected the damaged apartment. 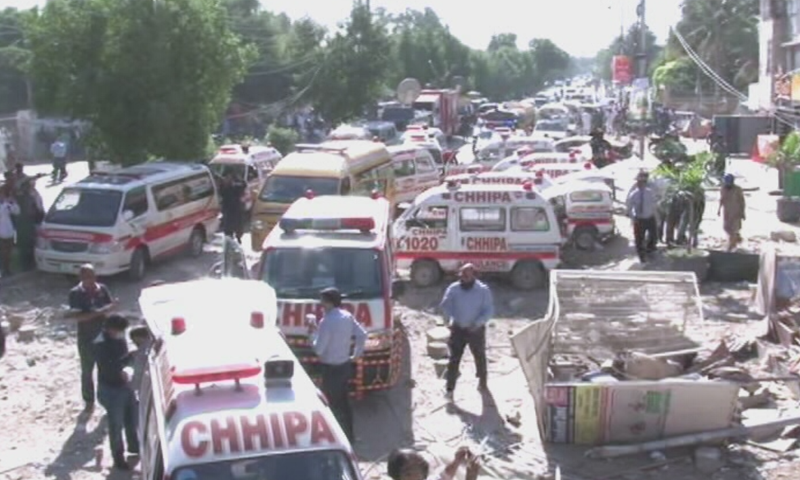 While talking to the media, the Director General told us that all the injured have been rescued and the damaged buildings have been evacuated. He also revealed that the building will be demolished.

The Chief Minister of Sindh, Syed Murad Ali Shah, expressed his grief over the loss of precious lives and asked the IG Sindh police police to summon a report from SSP East to the Karachi Commissioner report.

Trump says does not want to talk to Xi ‘right now’

Posted on May 14, 2020
Washington: US President Donald Trump said on Thursday that he did not want to speak to Chinese President Xi Jinping “now”, saying he was...
Read More

Posted on November 12, 2020
Karachi:  A ministerial committee formed to look into the issue of IG Sindh Mushtaque Mahar in the backdrop of the registration of a sloganeering...
Read More
National Style
Posted on November 24, 2019
ISLAMABAD: Special Assistant to Prime Minister on Information and Broadcasting Firdous Ashiq Awan said the PTI has decided to effectively counter the fake propaganda...
Read More

Posted on February 20, 2020
LAHORE: Daughter of renowned comedian Umar Sharif, Hina Umar has passed away due to complications caused by allegedly ‘illegal kidney transplant’. According to details,...
Read More