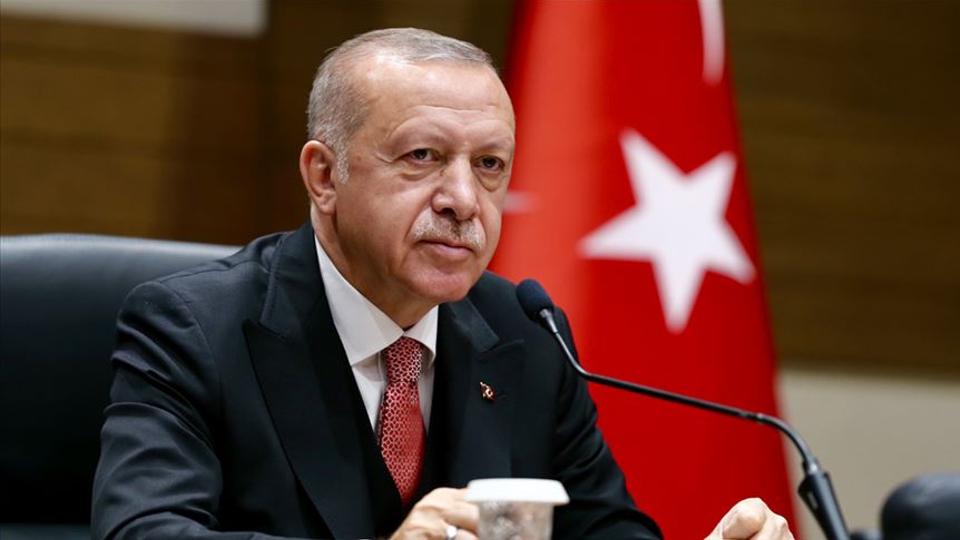 Ankara: Turkish President Recep Tayyip Erdogan said on Monday that he condemned US President Joe Biden for admitting that the Armenian genocide was “baseless” and harmful to bilateral relations.

Erdogan issued a carefully worded statement before Biden made a landmark statement at a ceremony commemorating the tragic events of 1915-17 on Saturday.

But the Turkish president did not hold back his anger in a televised address that he also used to point out the US history of slavery and persecution of Native Americans.

“The US president has made comments that are groundless and unfair,” Erdogan said. “We believe that these comments were included in the declaration following pressure from radical Armenian groups and anti-Turkish circles. But this situation does not reduce the destructive impact of these comments.”

The Armenians — supported by historians and scholars — say 1.5 million of their people died in a genocide committed under the Ottoman Empire during World War I.

Ankara admitted that Armenians and Turks were killed in large numbers following the battle between the Ottoman Empire and Tsarist Russia. However, Turkey firmly denied the deliberate policy of genocide and pointed out that the term had not yet been legally defined at the time.

Biden called Erdogan for the first time since taking office in January, trying to calm the inevitable anger of the Turks.

The leaders of the two countries agreed in a conference call on Friday to meet during the NATO summit in June. But Erdogan said on Monday that Biden needed to “look in the mirror” when he called this century-old event genocide. Erdogan said: “We can also talk about what happened to Native Americans, blacks and Vietnam.”

Covid-19 situation in India 'beyond heartbreaking': WHO chief

Posted on April 26, 2021
LAHORE: Pakistan has reported 70 deaths from the novel coronavirus in the past 24 hours, and the number of positive cases has soared to...
Read More

US offers to meet Iran, reverses Trump steps in push to save nuclear deal

Posted on February 19, 2021
Washington: The administration of US President Joe Biden announced on Thursday that it would hold talks with Iran led by European allies and overturned...
Read More

Posted on May 25, 2021
Mumbai, India: In the past 24 hours, India has reported 196,427 new coronavirus cases, which is the lowest daily increase in infections since April...
Read More

Posted on March 22, 2020
Karachi: Sindh government on Sunday has imposed lockdown in the province from 12:00am tonight after the number of coronavirus cases escalated. According to the details,...
Read More

Pakistan reports 62 deaths by coronavirus, 1,072 new cases in one day

Posted on February 10, 2021
Lahore: Pakistan reported 62 deaths from the novel coronavirus in the past 24 hours, and the number of positive cases surged to 557,591. The...
Read More

US to remove Sudan from terrorism list on Monday: embassy

Posted on December 14, 2020
Khartoum: A US decision to remove Sudan from a list of state sponsors of terrorism came into effect on Monday, Secretary of State Mike...
Read More