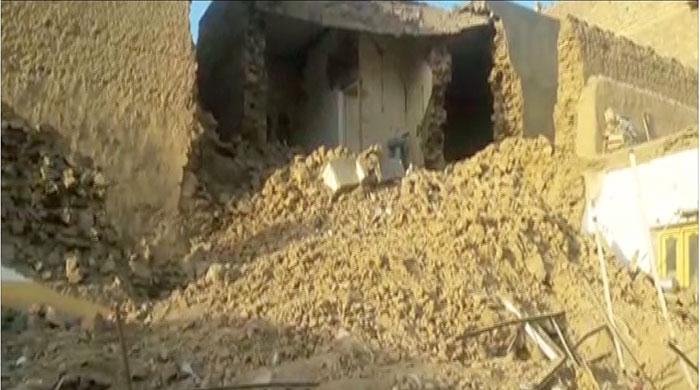 PARACHINAR: Eight people were killed and 30 were injured in a roof collapse in the Parachinar area of Khyber Pakhtunkhwa province today (Wednesday).

The accident occurred in the Piwar border area of Parachinar. The wedding was held in a house and many people were present at the time of the incident.

According to rescue teams, the roof of the collapsed house was rotten. Eight people, including women and children, were killed and 30 were injured in the tragic accident. As soon as the incident was reported, police and rescue workers rushed to the spot and rushed the injured to the hospital by ambulance.

Locals also participated in rescue operations and transported the injured to the hospital in private cars.

According to hospital sources, eight people have been killed in the accident so far, including women and children, and all possible medical facilities have been provided for the injured.

England to tour Pakistan in October 2021 for T20I series

Posted on October 4, 2020
Gujranwala: The crime of treason has been registered in Gujranwala against the senior leader of the Pakistan Muslim League-Nawaz, Captain Safdar. According to details,...
Read More

Number of coronavirus patients in Pakistan rises to 212

Posted on April 17, 2020
Washington: The International Monetary Fund (IMF) approved the provision of 1.386 billion US dollars to Pakistan to meet the emergency balance of payments demand...
Read More

Educational institutes to be reopened from September 15