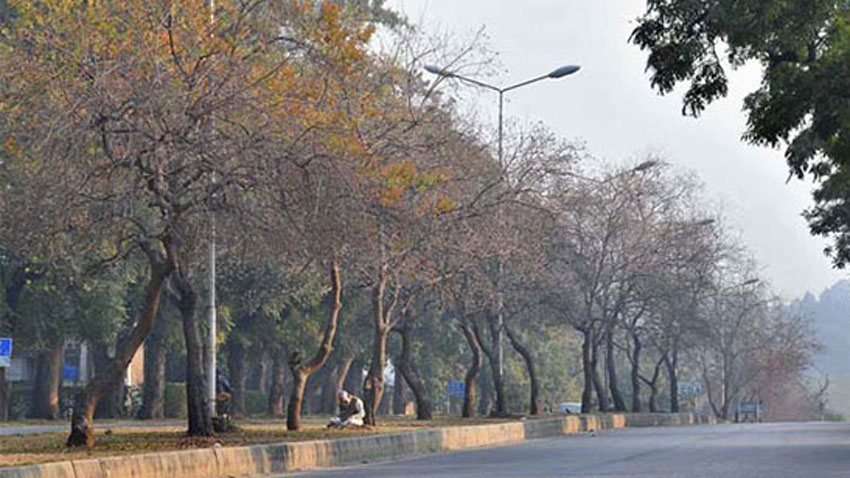 Islamabad: Pakistan Meteorological Department (PMD) has predicted cold and dry weather in most parts of the country while very cold in north Balochistan and upper parts during the next 24 hours.

According to the Met Office, cold and dry weather is expected in most of the country, while the northern and upper areas of Balochistan will be very cold in the next 24 hours. However, in Kashmir, Upper Khyber Pakhtunkhwa and Gilgit-Baltistan, rain (snow on the mountains) is expected.

Meanwhile, cold and dry weather prevailed over most parts of the country, while very cold in north Balochistan, northern areas, Kashmir and Upper Khyber Pakhtunkhwa during last 24 hours. Leh remained the coldest city in the country with – 15°C temperature.

Rockets hit near US embassy in Iraq as tensions flare

US will not lift sanctions to negotiate with Iran

Posted on January 26, 2020
Dubai: US President Donald Trump tweeted Saturday that the United States will not lift sanctions against Iran to negotiate, which appears to be a...
Read More

Polling for by-elections in NA-221 underway

Corruption in Pakistan has increased in 2020: Transparency International

Posted on January 28, 2021
Islamabad: Transparency International released its annual report on Thursday, showing that the corruption situation in Pakistan has further deteriorated in 2020. The annual Corruption...
Read More