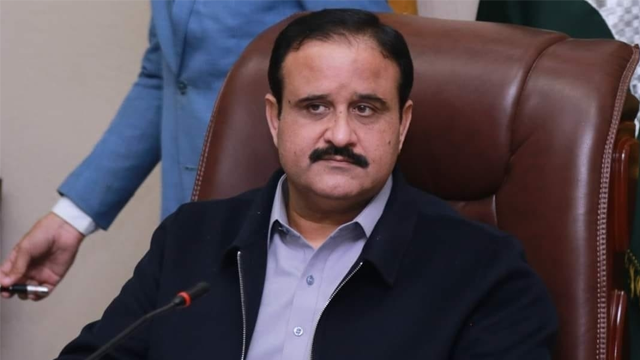 Lahore: The Chief Minister of Punjab, Sardar Usman Bouzdar, vowed on Monday to maintain the state writ and emphasized that if the law is violated, it will move on.

The chief minister said in a statement that unpleasant incidents will be investigated fairly. He said that Islam is a religion of peace and there is no room for violence. He added that no society allows violence and extremist practices cause turmoil.

Usman Buzdar said the protection of the lives and properties of citizens is the foremost responsibility of the state and it will fulfill its duty at any cost. Everybody is equal in front of the law and no one will be allowed to challenge the writ of the state, the CM asserted.

The Punjab CM appealed to the public not to pay heed to reports from social media and other unverified media and added that responsible government sources were keeping the people informed about the overall law and order situation in the province.

Usman Bazdar said that I assure the people of Punjab that protecting the lives and property of citizens and the rule of law is one of the government’s duties, and this work is being effectively implemented.

Resolution against blasphemous caricatures likely to be presented in NA today

Posted on March 21, 2020March 21, 2020
The number of confirmed coronavirus cases in Pakistan has risen to 690, after new cases were reported across the country on Saturday. Sindh remains...
Read More

Govt will not compromise on cleanliness situation in Lahore: CM Buzdar

Posted on June 4, 2021June 4, 2021
Lahore: Punjab Chief Minister (CM) Usman Bazdar has said that paperwork will not be sufficient, we will not compromise on the cleanliness in Lahore....
Read More

‘Holding Senate elections as per past practices violation of SC opinion’

Posted on March 2, 2021
Islamabad: Federal Minister of Science and Technology Fawad Chaudhry said on Tuesday that holding the Senate elections in the past violated the opinion of...
Read More

Posted on March 27, 2020March 27, 2020
Islamabad: Prime Minister Imran Khan organized a meeting of the National Coordination Committee (NCC) on Friday to discuss the situation caused by an outbreak...
Read More

PM Imran advised to get tested for COVID-19

Posted on April 21, 2020
Islamabad: Prime Minister Imran Khan was recommended to undergo a coronavirus test after meeting with social workers and the head of the Eddie Foundation...
Read More