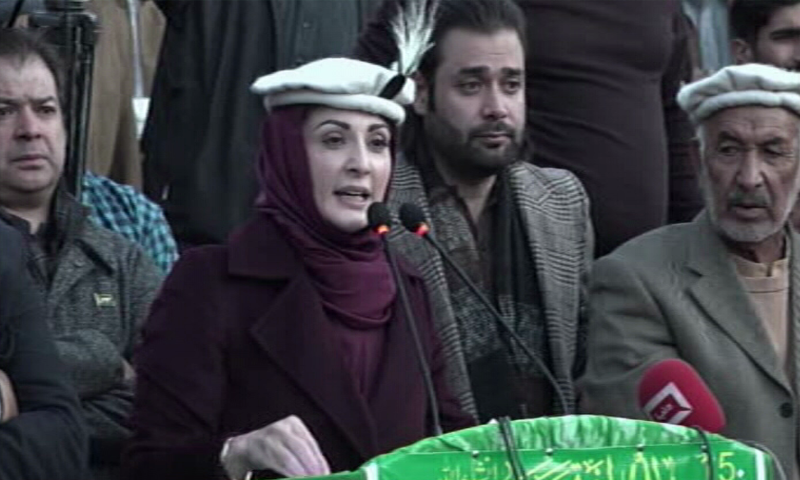 PML-N Vice-President Maryam Nawaz sees the recent cabinet reshuffle as an attempt to save a sinking ship.

“When a ship is about to go down then the passengers are rearranged to maintain its balance,” Maryam said on Twitter. “But no one can save a boat swaying in the sea of people.”

Maryam said that God willing, the government’s ship was about to go down. Reshuffling the cabinet members would be of no use, she added.

The PML-N leader has been at the forefront of the opposition’s campaign against PM Khan’s government. The Pakistan Democratic Movement has held several rallies in major Pakistani cities to mobilise the masses.

Its last rally is scheduled for December 13 in Lahore. The alliance then plans to march on Islamabad.

‘All PPP MPAs in Sindh Assembly submit resignations to leadership’

Posted on November 15, 2020
SKARDU: The informal results of the 2020 Gilgit-Baltistan election show that Pakistan’s Tehreek-e-Insaf (PTI) has won 3 seats so far, leading in 9 constituencies,...
Read More

Posted on March 18, 2021
Karachi: The new political alliance between the ruling parties Pakistan Tehreek-e-Insaf (PTI) and Tehreek-e-Labbaik Pakistan (TLP) will be in the upcoming NA-249 midterm elections...
Read More

Posted on January 20, 2021
Lahore: Pakistan has reported 48 deaths from the novel coronavirus in the past 24 hours, and positive cases have surged to 524,783. On Wednesday,...
Read More

Conspiracies of disunited opposition can do no harm to govt: Fayyaz

Government makes wearing masks mandatory for everyone in Pakistan

Posted on May 22, 2020
Dr. Zafar Mirza, Special Assistant to the Prime Minister of Health, said that the government has mandated that all people across the country wear...
Read More