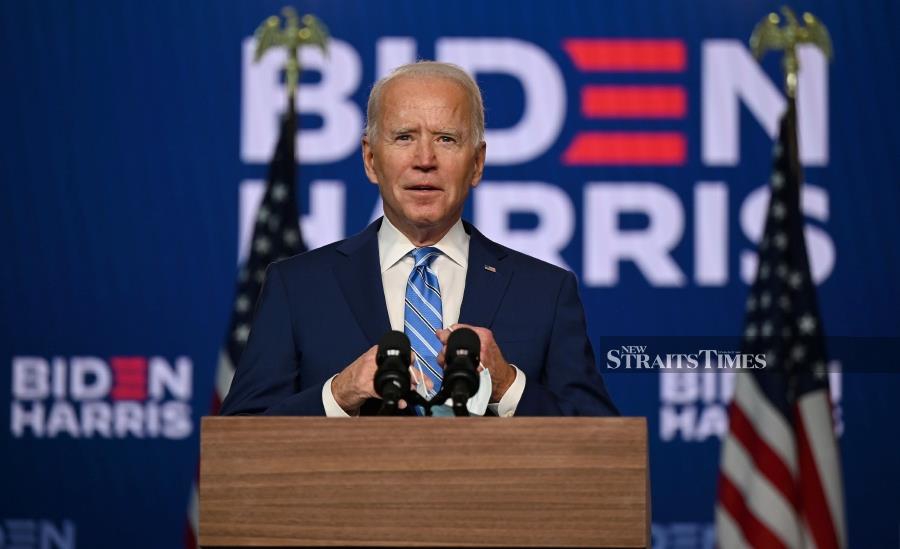 Washington: As the United States became the first country to withdraw from the “Paris Climate Agreement,” Democratic presidential candidate Joe Biden vowed that Washington will rejoin the agreement after he takes office.

The United States withdrew from the “Paris Agreement” on Wednesday, becoming the first country in history to withdraw from an international climate change agreement, but Joe Biden vowed that he will return to the presidency immediately.

With the election results pointing towards a possible disastrous defeat for Donald Trump in the election on Tuesday, Biden spoke with the president-elect and made it clear that climate is the top priority.

“Today, the Trump Administration officially left the Paris Climate Agreement. And in exactly 77 days, a Biden Administration will rejoin it,” tweeted Biden, who would take the presidential oath on January 20.

However, a report by the United States Pledge last month found that even without Washington’s help, the actions of cities, states, and companies would still make it possible for the United States to reduce emissions by 37% by 2030.

Trump issued a one-year notice on November 4, 2019, announcing his withdrawal from the Paris Agreement. Biden will need to formally notify the United Nations whether the United States is willing to return.

Andrew Light, climate adviser to former President Barack Obama, told AFP that such notification would be the “easy part”.

When the United Kingdom and the United Nations hold a climate summit on December 12, the fifth anniversary of the founding of Paris, the United States will still be “outside the dialogue” but is ready to re-engage.

According to the United Nations Intergovernmental Panel on Climate Change, in order to keep warming below 1.5 degrees Celsius by the end of the century, global emissions must reach net zero by the middle of the century.

The target warming level is chosen to avoid triggering a series of catastrophic climatic tipping points that may force humans to live only in the north and south latitudes of the earth.

Posted on May 29, 2020
Islamabad: Prime Minister Imran Khan convened an important National Coordination Committee (NCC) meeting on May 31 to make a decision on the corona virus...
Read More

Posted on March 17, 2020
LAHORE : Health minister Dr Yasmin Rashid from Punjab confirmed on Tuesday that the number of coronavirus patients in the province has risen to six....
Read More

SOPs not being followed, lockdown could be toughened if situation persists: Dr Zafar Mirza

Posted on May 25, 2020
Islamabad: Dr. Zafar Mirza warned that people did not take coronavirus seriously and did not follow the SOP. If the situation remains unchanged, the...
Read More

Posted on March 1, 2021
SANAA: The Iranian-backed Houthi rebels in Yemen claimed on Sunday that they targeted neighboring Saudi Arabia with missiles and drones overnight and threatened more...
Read More

Thousands rally in Armenia in renewed call for PM’s dismissal

Posted on December 5, 2020
Yerevan: Thousands of protesters gathered in the Armenian capital on Saturday to once again call on Prime Minister Nicole Pasinyan to resign and reach...
Read More

Posted on April 27, 2020
Moscow: Russia reported 6198 newly diagnosed coronavirus cases on Monday, compared with 6361 cases the day before, with a total of 87147 infections nationwide....
Read More