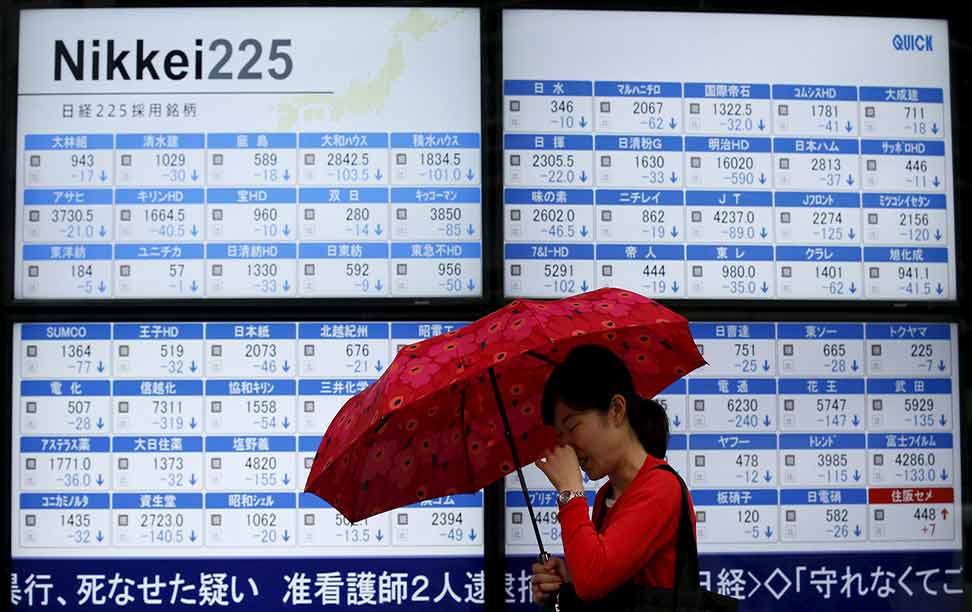 Hong Kong: As investors prepared for the highly anticipated earnings season and major US inflation data to be released later in the day, most Asian stock markets rose on Tuesday.

After the stock market’s recent gains, the S&P 500 and Dow Jones Indexes closed at record highs last week, and traders took a breather while waiting for the next buying catalyst.

Last week’s shocking interpretation of U.S. producer price inflation gave the market an idea of ​​what to expect in the coming months, because last year’s crisis triggered the development of the global economy, and vaccinations have gradually returned to pre-pandemic conditions. habit.

The release of consumer price data is being closely watched. More and more people worry that the reopening will cause prices to soar this year and force central banks to tighten ultra-loose monetary policies, including minimum interest rates, which has stimulated a year-long stock market rebound.

The Federal Reserve has repeatedly pledged not to change tack until inflation is elevated for some time and unemployment is under control.

“It’s more of a wait-and-see, ahead of a week that promises no shortage of ‘rock-the-boat’ type inflation data,” said Axi strategist Stephen Innes.

“The fact that stocks remain perched near record highs suggests investors still believe the economic acceleration should be a powerful tailwind for stocks this quarter and ensure earnings growth.”

He added: “The global equity market’s reaction to this week’s data docket… will be a keen litmus test that the equity investors are happy with growth driving higher yields and continue buying into the Fed’s messaging by allowing (it) to let the economy run hot.”

“The real test is going to be when inflation starts to move higher,” Priya Misra, at TD Securities, told Bloomberg TV. “That’s when rates will have to reprice — either for a sooner Fed exit, or a later exit but a faster path.”

“Although uncertainties remain, the Covid pandemic is passing, and successful rollouts of vaccination programmes are allowing economies to reopen,” Aviva Investors said.

“Despite worries about virus mutations and renewed lockdowns in a number of regions, businesses and households have shown themselves to be impressively resilient and resourceful.

“Successive waves of the virus have had less impact on real economic activity as both have adapted to sometimes rapidly changing circumstances.”

As investors followed closely the cryptocurrency exchange Coinbase’s debut on the Nasdaq on Wednesday, the price of Bitcoin was only $61,000.

Posted on April 2, 2020
Islamabad:Adviser to the Prime Minister on Finance and Revenue Dr Abdul Hafeez Shaikh Wednesday directed the Federal Board of Revenue (FBR) chairperson to expedite...
Read More

Posted on April 13, 2020
After top producers agreed to cut production and support the energy market hit by coronavirus, oil prices rose on Monday. However, some analysts worry...
Read More

Posted on April 27, 2021
Islamabad: The four Haider power projects under the second phase of the China-Pakistan Economic Corridor (CPEC) will be completed in the next six years...
Read More