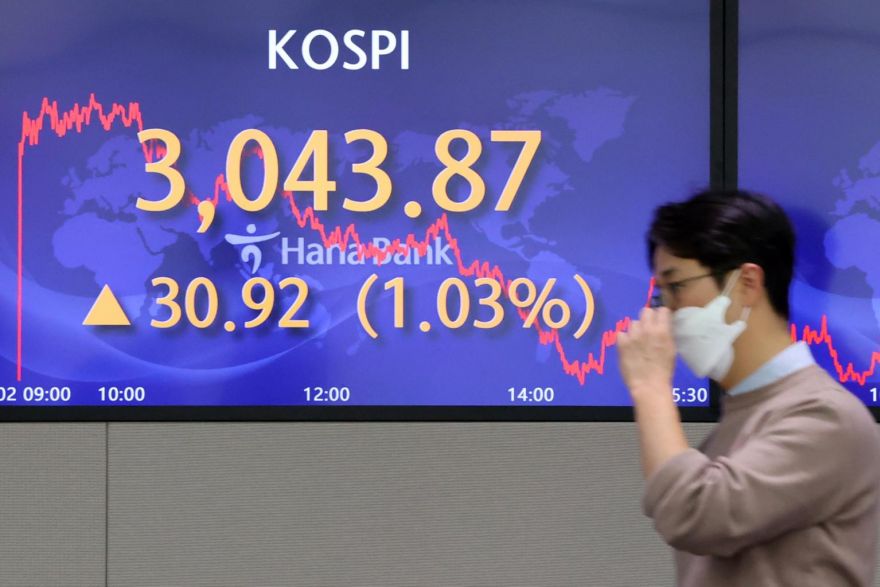 Hong Kong: Asian markets retreated on Tuesday as investors became increasingly concerned about the intensification of the energy crisis, soaring inflation, signs of a global economic slowdown, and the end of central bank financial support.

In recent weeks, with the reopening of the economy and the chaos of the supply chain intensified inflation, and the rise in commodity prices is a major factor, the world market is under pressure.

All eyes are on the inflation data released by the United States and China this week. The expectation of multiple inflation data will increase the pressure on the central bank to tighten monetary policy.

The Fed has already hinted that it will start to scale back its huge bond purchase program before the end of the year to prevent price runaways and the economy from overheating.

Although people have generally expected this move for some time, persistently high inflation is increasing the possibility that interest rates will rise as early as next year.

The Bank of England seems to increase borrowing costs sooner or later, and New Zealand and South Korea have already done so.

With the increase in demand before winter in the northern hemisphere, energy prices have soared to multi-year or record highs. At the same time, due to the limited supply after the pandemic lockdown, the pressure to raise interest rates is coming.

This issue is affecting countries around the world and has increased concerns about the global fuel squeeze. WTI oil has reached a seven-year peak, while China’s coal price has hit a record high. WTI and Brent crude oil fell slightly on Tuesday, but some observers predict that they may reach $100 before the end of the year.

OANDA’s Edward Moya said: “As investors are beginning to feel nervous because they know that the market will not see any quick solutions to the brewing energy crisis and inflationary pressures, the stock market is struggling.”

“The rest of the year will be all about inflation and nagging supply chain issues, which seem to last at least a few quarters.”

Hong Kong, Shanghai, Tokyo, Sydney, Seoul, Singapore, Taipei and Wellington are all in a negative zone, and have experienced slight profit-taking after recent gains have intensified and weakened. However, Manila and Jakarta bucked the trend.

Tapas Strickland of National Australia Bank added: “The increase in energy prices has raised concerns that the temporary rise in inflation after the pandemic may last longer.”

Given Covid’s rapidly spreading Delta variant and rising inflationary pressures, these readings will be closely watched to understand the company’s performance.

Although this round of financing is gaining momentum, analysts said that the key will be the forecast for the next three months and 2022.

PM, ministers do not care about collapsing economy: Shahid Khaqan

Pakistan likely to be removed from FATF grey list in first quarter of 2021: sources

Posted on October 21, 2020
Paris: A plenary meeting of the Financial Action Task Force (FATF) is ongoing in Paris to decide the fate of Pakistan pertaining to its...
Read More

Posted on September 18, 2021September 18, 2021
Islamabad: Finance Minister Shaukat Tarin says the government is taking a number of measures to absorb the upward pressure on prices of basic food...
Read More

Rupee gains Rs 3.38 against US dollar in interbank market

Posted on April 17, 2020
Karachi: In the interbank market, the Pakistani rupee has increased by 3.38 rupees against the US dollar, and the transaction price is about 163.50...
Read More