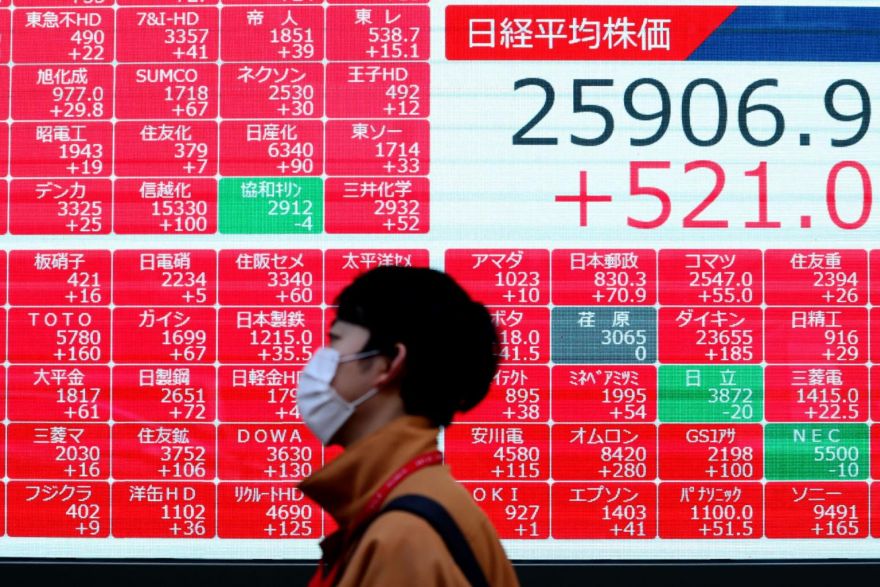 Hong Kong: Asian markets rose on Wednesday as investors cheered news that the White House had proposed a new stimulus package of more than 900 billion US dollars, which boosted the hope that US lawmakers could pass a deal before Christmas.

The prospect of a bailout package for the world’s top economies helped the stock market recover. The stock market drifted for most of the month after the November surge, and the introduction of a vaccine in the UK and the imminent approval of the US added to optimism.

However, outbreaks of virus cases around the world and strict containment measures continue to cast a long shadow on the trading floor.

Due to concerns about the disease, the stock market has been struggling this week, but US Treasury Secretary Steven Mnuchin said on Tuesday that he had provided Democratic House Speaker Nancy Pelosi with a new economic rescue package. , Provided much-needed help.

The $916 billion plan is bigger than the $908 billion proposal put forward last week by a bipartisan group of lawmakers, and Mnuchin said it includes “money for state and local governments and robust liability protections for businesses, schools and universities”.

Those elements have been key sticking points in negotiations between Democrats and Republicans. Crucially, the bill has been viewed by Donald Trump and Senate Majority Leader Mitch McConnell.

“My view, and I think it’s a view shared by literally everybody on both sides of the aisle, is that we can’t leave without doing a Covid bill,” McConnell said before the proposal was made public. “The country needs it.”

Hong Kong, Seoul and Wellington all rose more than one percent, while Tokyo put on one percent and Sydney jumped 0.9 percent.

There were also gains in Shanghai, Taipei and Singapore.

Oil ticks up, but gains capped by demand destruction

Posted on July 23, 2020
Singapore: Oil prices rose slightly on Thursday, although the increase was limited by the unexpected increase in US crude oil reserves that have been...
Read More

Posted on November 1, 2020
Islamabad: The Oil and Gas Regulatory Authority (OGRA) has increased the price of LPG by 9.50 rupees per kilogram. According to detailed information, OGRA...
Read More

Posted on April 23, 2020
The Governor of the Central Bank of Pakistan said that Pakistan has taken a series of reform measures to strengthen its economy before the...
Read More

Posted on March 15, 2021
Hong Kong: Asian markets rose on Monday following another record on Wall Street, which attracted the attention of the Fed’s policy meeting this week....
Read More