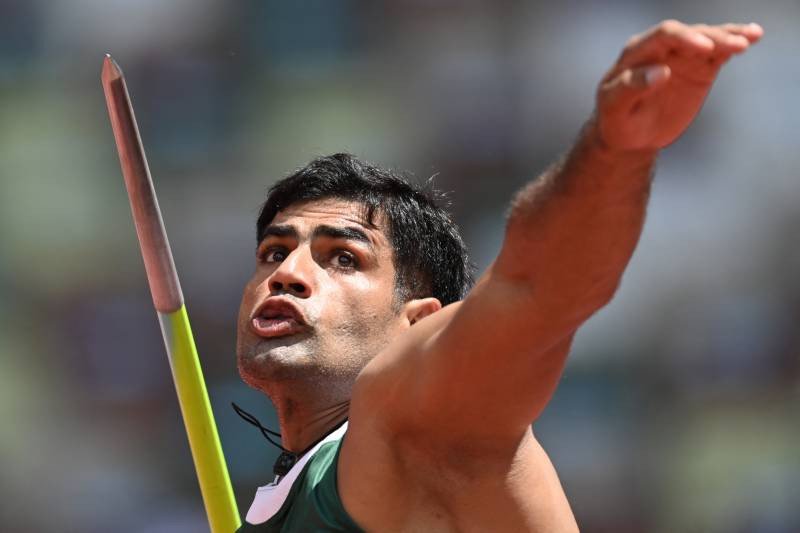 Tokyo: Pakistan’s javelin athlete Arshad Nadeem has qualified for the finals of the men’s javelin competition in the Tokyo Olympics, which makes Pakistan hope to win at least one medal in the 2020 Tokyo Olympics.

Arshad Nadeem entered the men’s javelin final with a score of 85.16m, far exceeding the qualification mark of 83.50m. His first attempt was 78.50m.

Arshad Nadeem topped the Group B with a throw of 85.16m, Vadlejch Jakub of Czech Republic was second and Weber Julian of Germany grabbed third position to qualify for the final.

In a video message on social networking sites, Arshad thanked people for praying for his success and expressed his determination to do his best to win medals for the country.

He once again asked nation to pray for him and reiterated that he will not hurt trust of entire nation on him.

Posted on February 22, 2021
Christchurch: Devon Conway inspired New Zealand to win 53 wins over Australia at the opening ceremony of the Twenty20 International in Christchurch on Monday....
Read More

Posted on December 7, 2020
Christchurch: After the final round of COVID-19 testing, 52 Pakistani team members were quarantined in New Zealand on Monday. Two people are still quarantined...
Read More

Posted on April 23, 2020
The Pakistan Cricket Board (PCB) on Wednesday announced following advice from the Koninklijke Nederlandse Cricket Bond (KNCB), it has indefinitely postponed its July tour...
Read More