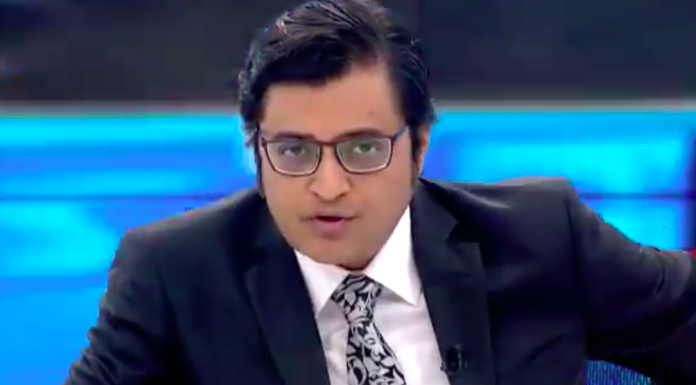 Islamabad: The true face of India and its conspiracy behind the Pulwama attack and Balakot strikes has been exposed, vindicating Pakistan’s stance on the attacks.

According to details, it has been revealed that Pulwama attack was a false flag operation, in which India killed its own troops and tried to pin the blame on Pakistan.

Indian Prime Minister Narendra Modi tried to use the deaths of his country’s soldiers to gain sympathy, and in turn, votes, for the 2019 elections.

According to Indian media, Arnab Goswami, a journalist close to the Modi government was happy at the Pulwama attack and knew about the Balakot incursion beforehand. Leaked Whatsapp chats of the Indian journalist with Broadcast Audience Research Council (BARC) CEO Partho Dasgupta have revealed that Arnab told the CEO about the attack three days before it took place.

According to the gossip leaked by Arnab Goswami, he boasted that the Modi government would take major steps against Pakistan, which would be much larger than any previous attack.

The Indian journalist was also found to be joyous over the death of 40 Indian soldiers in the Pulwama attack. “This attack we have won like crazy”, he said morbidly.

This development is a part of the ongoing TRP scam case in India, a 500-page document of alleged chats of Arnab Goswami was allegedly leaked on social media. The alleged chats reveal damning information related to Goswami’s proximity with the Prime Minister’s office and members of the ruling government, his efforts to manipulate TRPs in his favour and seek help from the BJP government.

US kills Al-Qaeda leader in Yemen

Posted on February 7, 2020
WASHINGTON: President Donald Trump said on Thursday that the United States had killed Qasim Remy, a leader of Al-Qaeda on the Arabian Peninsula, during...
Read More

Posted on April 10, 2020
Pakistan reported 66 new coronavirus deaths last Friday, and the total number of cases has surged to 4601. According to detailed information, 2279 patients...
Read More

Posted on November 9, 2020
Azerbaijan’s President Aliyev announced on Sunday that his forces had successfully controlled the strategically important city of Shus in Nagorno-Karabakh during the ongoing conflict...
Read More

Posted on February 2, 2021
Ankara: Turkish President Recep Tayyip Erdogan said that perhaps it is time for the country to discuss a new constitution again. Erdogan said at...
Read More