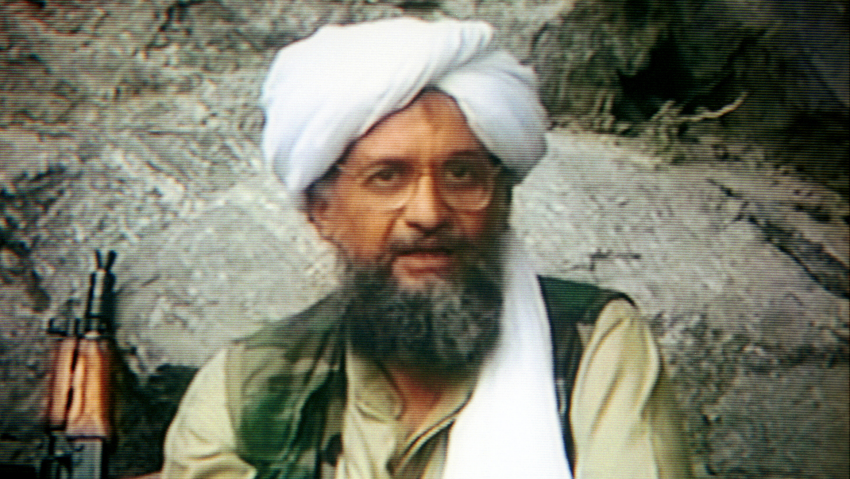 Arab media reported on Friday that Ayman Al-Zawahiri, the head of Al-Qaeda and an Egyptian national, died in Afghanistan due to natural causes.

The news reports came a few days after social media carried speculation that the Al-Qaeda chief had passed away. Zawahiri was last seen in a video message that was released by the militant group on the 19th anniversary of the 9/11 attacks in the US.

Arab News stated in its report that it spoke to at least four security sources in Pakistan and Afghanistan — who spoke on condition of anonymity — out of which two confirmed Zawahiri’s death.

An Al-Qaeda translator said Zawahiri had died last week in Ghazni. “He died of asthma because he had no formal treatment.”

A Pakistani official has been cited by Arab News as saying that he believed Zawahiri had died, most probably by natural causes. Another source close to the Al-Qaeda in Afghanistan said Zawahiri had died this month and that a few followers had offered his funeral prayers.

He did not specify whether the funeral was absent or buried in the grave. The source said: “We know that he has breathing difficulties and has passed away somewhere in Afghanistan.”

“We have received the same information that Zawahiri died about a month ago,” a Pakistani source, privy to anti-terror operations in Afghanistan, reportedly told Arab News.

However, Arab News said it spoke to another Pakistani official who said that Zawahiri was in Afghanistan and had been “extremely ill” but said he was not aware whether the Al-Qaeda leader was dead or not.

As far as I know, he is very sick and has kidney failure. “The intelligence officer said. “He was unable to perform dialysis, but I still need to confirm whether he is dead. “

The United States said it has received news of Zawahiri’s death, but has not yet verified it.

These reports appear because people are raising more and more doubts about Al Qaeda’s future intentions, and its network is completely different from the franchise that spreads fear around the world under the charming Bin Laden. different.

In 2011, bin Laden was killed in a U.S. operation in Pakistan, leaving the organization in the hands of Egyptian jihadist veteran Al-Zawahiri and leading al-Qaeda thinkers, but there was no bin Laden. Bin Laden’s ability to rally militants around the world.

Hassan Hassan, director of the US-based Center for Global Policy (CGP), said at the weekend that al-Zawahiri had died a month ago of natural causes.

And Rita Katz, director of the jihadist media monitor SITE, said unconfirmed reports were circulating that al-Zawahiri had died.

“It is very typical of AQ to not publish news about the death of its leaders in a timely manner,” she said.

Nonetheless, this is not the first time there have been reports of al-Zawahiri’s death, only for him to re-emerge on several occasions.

“Ultimately, if it did not happen now, it will happen soon,” he told AFP.

India set up special cell at R&AW HQ to conspire against CPEC in 2015: ISPR

Posted on May 25, 2020
Kabul: On Monday, the Ashraf Ghani government released about 100 Taliban inmates from a military prison as part of the government’s response to the...
Read More

Posted on January 14, 2020
Seoul: South Korean President Moon Jae-in said Tuesday that it is too early to be pessimistic about the impasse in the denuclearization dialogue between...
Read More

Posted on July 27, 2020
Peshawar: The National Command and Operations Center (NCOC) meeting chaired by Federal Minister of Planning and Development Asad Umar will be held in Peshawar...
Read More

Posted on July 20, 2020
Islamabad: The Islamabad High Court (IHC) on Monday asked the federal government to respond to a petition to appoint consultants with dual citizenship. During...
Read More

Pakistan reports 49 deaths by coronavirus, 2,085 cases in one day

Posted on July 17, 2020
Islamabad: As the number of confirmed cases surged to 259,999, Pakistan has confirmed that the new coronavirus caused 49 deaths within a day. The...
Read More

OIC to hold emergency meeting on Jammu and Kashmir today

Posted on June 22, 2020
Islamabad: The Organization of Islamic Cooperation (OIC) Contact Group on Jammu and Kashmir will hold an emergency meeting via videoconference today (Monday) to discuss...
Read More