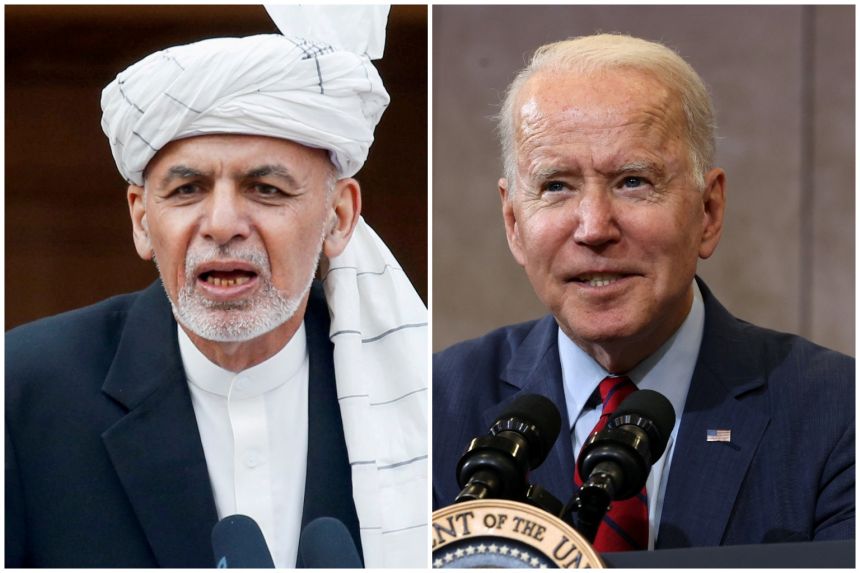 Washington: US President Joe Biden pledged strong support to the Afghan leader Ashraf Ghani at the White House meeting on Friday, but made it clear that he does not intend to slow the withdrawal of US troops after nearly two decades of fighting.

Less than three months before the deadline to withdraw all troops, Biden told Ghani that even if the Afghans face an increasingly fierce offensive by the Taliban insurgents, they must decide their own destiny.

“The partnership between the United States and Afghanistan is not ending,” Biden said in the Oval Office.

“Our troops may be leaving, but support for Afghanistan is not ending.”

Even so, Biden told the Afghan president, “Afghans are going to have to decide their future, what they want.”

“The senseless violence, it has to stop. It s going to be very difficult.”

Posted on April 30, 2020
Lahore: The White House has unfollowed Indian Prime Minister Narendra Modi on Twitter along with the official handles of President Ram Nath Kovind, the...
Read More

Posted on July 23, 2020
Rio de Janeiro: On Wednesday, the number of new coronavirus infections worldwide exceeded 15 million, and the number of cases in Latin America and...
Read More

Posted on January 5, 2021
Quetta : Members of Hazara community on Monday night refused to bury the bodies of coal mine workers killed in Machh area of Balochistan...
Read More

Posted on May 26, 2021
Islamabad: President of the United Nations General Assembly (UNGA) Volkan Bozkiris will reach Pakistan on a three-day official visit today, where he would receive...
Read More

Posted on April 10, 2020
Moscow: Russia reported another 1,786 cases of coronavirus last Friday, the largest daily increase to date, and the total number of confirmed infections across...
Read More