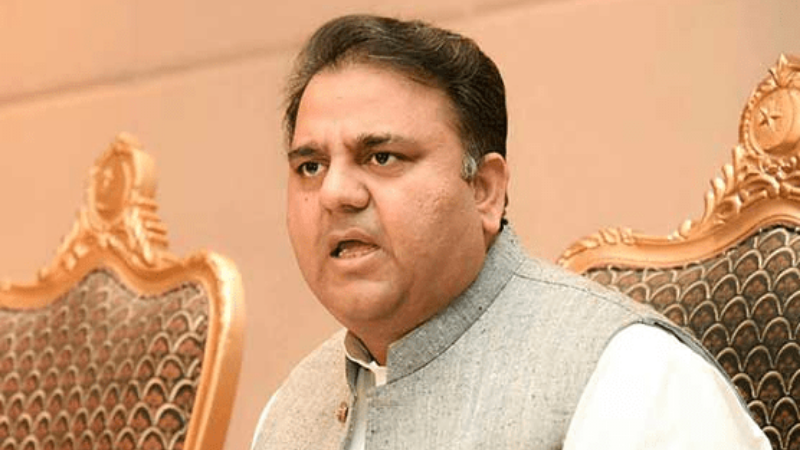 Islamabad: Federal Minister for Science and Technology Chaudhry Fawad Hussain said on Sunday that the opposition party has no plans or strategies against the government.

The minister said in a post on the social networking site that the opposition is now considering a motion of no confidence in Prime Minister Imran Khan because the person faces humiliation for his resignation plan.

He asserted that no one dared to raise a motion of no confidence in the prime minister.

The reaction came after five key leaders of the Pakistan Democratic Movement (PDM), including PDM Head Maulana Fazlur Rehman, had opposed the suggestion of proposing a no-confidence motion against PM Imran in the National Assembly.

Posted on August 29, 2020August 29, 2020
Islamabad: The 9th of Muharram is being observed throughout the country on Saturday with due solemnity and sanctity to pay homage to the sacrifice...
Read More

Destroyers of country’s economy have flown to London: Dr Firdous

Posted on April 20, 2020
Islamabad: The Supreme Court of Pakistan resumed hearing a case related to the coronavirus crisis and measures taken by health authorities to curb the...
Read More

Posted on December 7, 2020
Rawalpindi: Prime Minister Imran Khan said on Monday that corruption and drugs are a destructive society, and the funds obtained through these illegal activities...
Read More
National Style
Posted on January 14, 2020
Islamabad: Dr. Firdous Ashiq Awan, special assistant to the Prime Minister of News and Broadcast, said on Tuesday that the government wants to work...
Read More

All educational institutions in Sindh to remain closed till March 13

Posted on March 1, 2020
Karachi: The provincial government of Sindh has announced that educational institutions in the province will be closed from March 2, 2020 to March 13,...
Read More