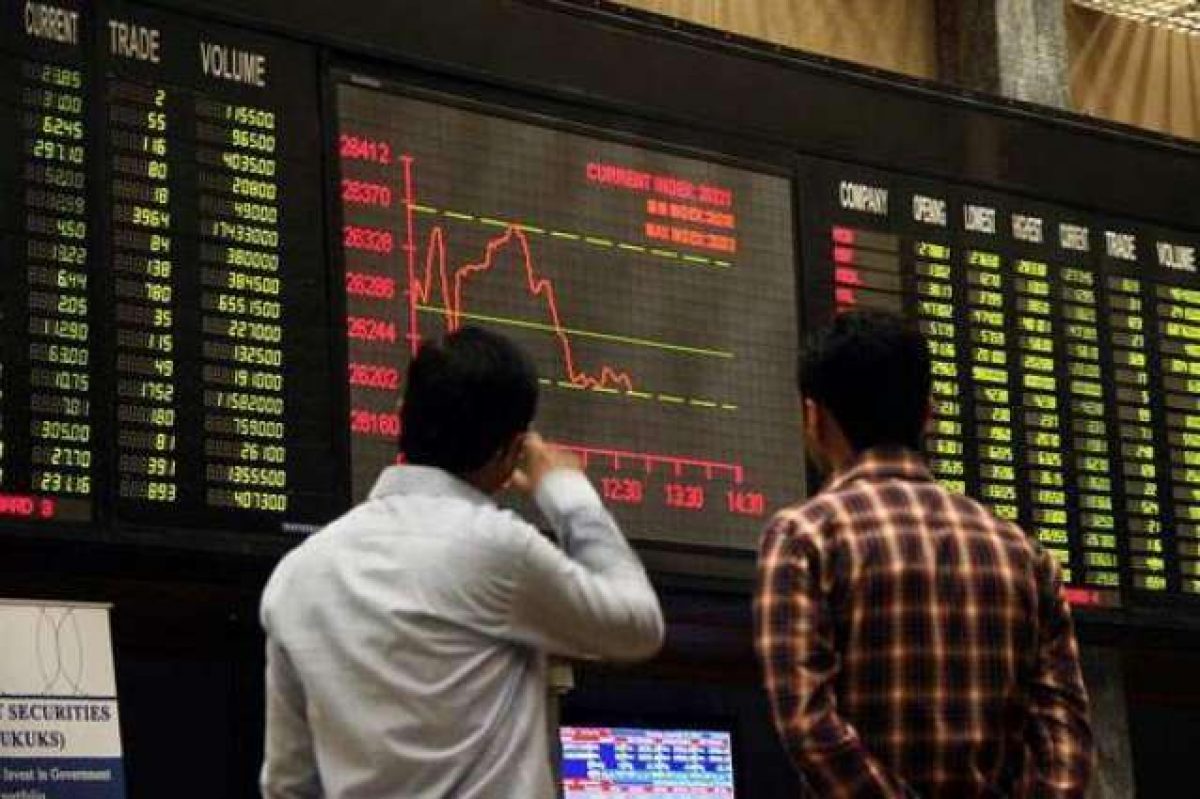 Karachi: As the trade deficit hit a record high, the Pakistan Stock Exchange (PSX) fell 881 points to close at 43,32.83 during a turbulent week, intensifying concerns that the economy would be severely affected.

After news that imported bills reached US$8 billion in November 2021 and the cut-off yield of three-month Treasury bills (an increase of 228 basis points) during the recent auction, the stock market suffered a heavy blow. The inflation rate in November 2021 is expected to be 11.5%.

In addition, the devaluation of Pakistan’s currency against the U.S. dollar-down by about 1% this week-coupled with news of a new variant of COVID-19, Omicron kept the investment environment down this week.

On Monday, bullish activity dominated trading as the widespread uncertainty surrounding the International Monetary Fund (IMF) program and the US$3 billion funding from Saudi Arabia gradually disappeared and a clear picture emerged.

The movement of the benchmark KSE-100 index displayed a much stable upward march on the first day of the trading week, which reflected the confidence gained by investors after Adviser to Prime Minister on Finance and Revenue Shaukat Tarin visited the stock market last week.

However, the momentum was short-lived as the benchmark KSE-100 index closed the last trading day of November on a negative note on the back of Morgan Stanley Capital International’s (MSCI) rebalancing. Investor mood remained sombre ahead of MSCI’s reclassification on December 1.

The investors’ sentiment at the bourse remained mixed on Wednesday — the first day of the reclassification of the stock market from the MSCI Emerging Market Index to the MSCI Frontier Market index — due to MSCI related trade and record-high inflation.

Unfortunately, the next trading day was marked as “Black Thursday”. Prior to this, there was a massive sell-off in PSX, and the benchmark KSE-100 index fell by more than 2,100 points.

The sell-off on Thursday marked the biggest one-day drop in trading volume for PSX in the 2021 calendar year and the third largest drop in history.

The market closed the week on a flat note with a loss of one point as expectation of another massive hike in the benchmark policy rate by the State Bank of Pakistan (SBP), in its meeting scheduled on December 14, forced investors to trade cautiously.

Foreign selling continued this week, clocking in at $62.8 million against a net sell of $25 million recorded last week. Selling was witnessed in commercial banks ($27.2 million) and cement ($14.8 million).

On the domestic front, major buying was reported by companies ($25.7 million) and individuals ($16 million).

During the week under review, average volumes clocked in at 319 million shares (up by 21% week-on-week), while average value traded settled at $90 million (up by 51% week-on-week).

Rupee loses 20 paisa against US dollar

Posted on July 31, 2020
Islamabad: The Pakistani rupee fell by 20 paisa to the U.S. dollar in the inter-bank foreign exchange market on Thursday, compared to yesterday’s closing...
Read More

Cotton production surges by 81pc as of Nov 3

Posted on May 6, 2020
Islamabad: The Ministry of Finance and the National Bank of Pakistan (SBP) introduced a risk-sharing mechanism to support bank loans to small and medium-sized...
Read More

Posted on October 27, 2021October 27, 2021
Karachi: The exchange rate of US Dollar weakened by 2.49 paisa in the interbank on Wednesday against Pakistani rupee. The US dollar closed at...
Read More

Govt increases petrol price by Rs2.31 per litre in Pakistan

Posted on December 31, 2020
ISLAMABAD: The government has decided to increase the price of petrol by Rs2.31 per litre, according to a press release issued by the Prime...
Read More