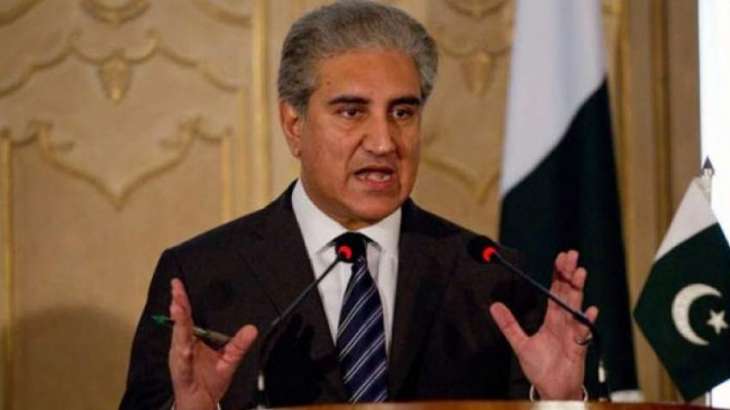 Islamabad: Foreign Minister Shah Mahmood Qureshi said that not only are Kashmiris facing the atrocities in India, but Pakistan will continue to show the world the true face of India in a more effective way.

He said in a video message about Youm-e-Istehsal on Wednesday that Prime Minister Imran Khan is fighting against the Kashmiri ambassador. He also reassures Azad Kashmir and all Kashmiris in occupied Kashmir that they are not alone. Every Pakistani stands by their side and feels their pain.

The minister said that the world is not aware of the ongoing human rights violations and atrocities committed against unarmed Kashmiris by India’s illegally occupied Jammu and Kashmir.

Shah Mahmood Qureshi also promised Kashmiris that as long as their leadership is detained, he will become the ambassador of Kashmiris and will seek rights from the capital of every country because As Minister of Foreign Affairs, this is his duty.

He further stated that Kashmiris are facing a year-long continuous curfew and military siege, and the world cannot tolerate a four-month blockade due to the coronavirus.

The minister also said that the occupying forces misunderstood that they would demoralize Kashmir through repression, because history has proven that when a country stands up, no invading army can suppress it, while Kashmiris today stand up.

Posted on March 19, 2020
Karachi: During a major operation by Karachi police, the leader of a terrorist group in the Research and Analysis Unit (RAW) of the Indian...
Read More

Posted on July 4, 2020
Islamabad: Minister for Information and Broadcasting Senator Shibli Faraz Friday said that judge Arshad Malik’s dismissal from service was the drop scene of an...
Read More

Posted on March 19, 2020
WASHINGTON: President Donald Trump said on Thursday that the United States is rapidly following the antimalarial drug chloroquine for use in the treatment of...
Read More

Posted on February 14, 2020
ISLAMABAD: Joint business forum of Pakistan and Turkey is in progress in Islamabad today (Friday). According to details, Turkish President Recep Tayyip Erdogan and...
Read More

Posted on April 4, 2020
Washington: According to Johns Hopkins trackers, the United States recorded nearly 1,500 deaths between Thursday and Friday as a result of COVID-19, the world’s...
Read More

Posted on May 23, 2020
Islamabad: On Friday, the government established a committee of four to investigate the crash of the Pakistan International Airlines (PIA) passenger plane near the...
Read More

National
Posted on September 25, 2020
United Nations: China lashed out at the United States for its criticism of the coronavirus at a high-level meeting...
Read More

Coronavirus Updates National Style
Posted on September 25, 2020
LAHORE: Pakistan has reported 7 deaths from the novel coronavirus in the past 24 hours, and the number of...
Read More

National
Posted on September 25, 2020
Islamabad: The Supreme Court of Pakistan has ordered the disclosure to the public of the tragic Peshawar incident in...
Read More