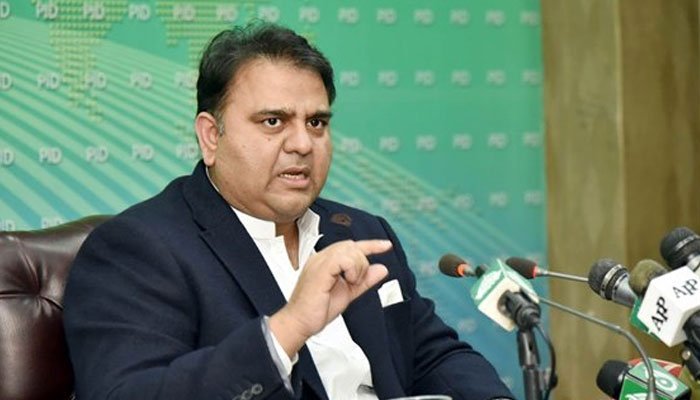 ISLAMABAD: Minister for Information and Broadcasting Chaudhry Fawad Hussain said on Sunday that the Opposition will never succeed in no-confidence motion.

Chaudhry Fawad Hussain, in a meeting with National Assembly Speaker Asad Qaiser, said the government would constitutionally respond to the opposition’s no-confidence motion.

” All allies are with us and they have expressed full confidence in the leadership of Pakistan Tehreek-e-Insaf”, Chaudhry Fawad said.

“We have the full potential to defend the opposition’s no-confidence motion,” he said.

The minister said that Pakistan Democratic Movement had internal differences and it lacked unity in its ranks.

During the meeting, the leaders of the two countries discussed issues of common concern such as the overall situation of the country.

The meeting also discussed important issues related to the upcoming session of the National Assembly.

Hydropower to reach 20800 MW after completion of 10 under construction dams: Farrukh

Posted on January 9, 2021
Lahore: Dr. Firdous Ashiq Awan, Special Assistant to Chief Minister Punjab for Information, has said that the corrupt gang of PDM even politicized the...
Read More

National Assembly to vote for new PM on Monday

Posted on April 11, 2022April 11, 2022
ISLAMABAD: The National Assembly will elect a new House leader on Monday after a no-confidence motion ousted Imran Khan from the prime minister’s office...
Read More

Posted on May 10, 2020
Pakistan has confirmed 21 deaths of the new coronavirus due to a surge of 639 deaths nationwide and 29,465 positive cases. According to the...
Read More

Posted on July 9, 2020
Islamabad: Wife of Justice Qazi Faez Isa on Thursday appeared before Federal Board of Revenue (FBR) to explain her sources of income through which...
Read More

schools in sindh to remain closed for an indefinite period

Posted on August 22, 2021August 24, 2021
Karachi: The Sindh provincial government announced on Saturday that schools will be closed indefinitely due to a surge in coronavirus cases in the province....
Read More