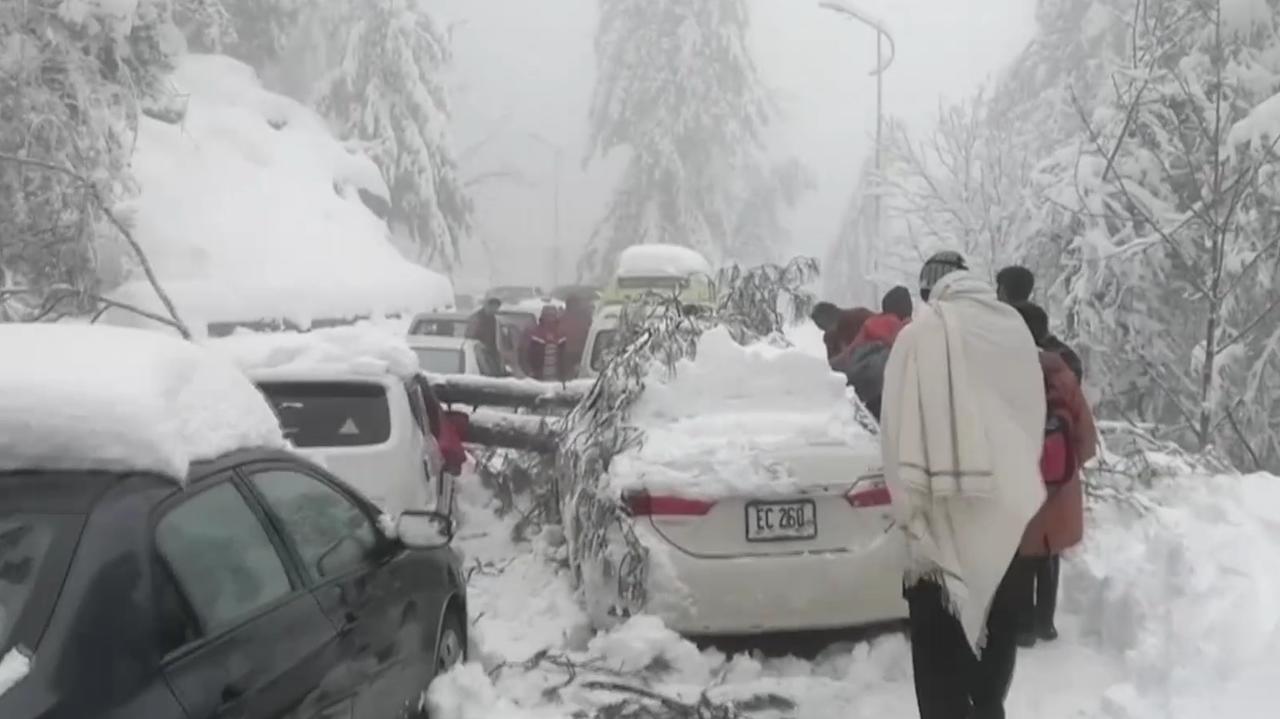 Federal Interior Minister Sheikh Rashid and rescue officials said on Saturday that at least 22 people were trapped in their cars in a blizzard in Muri on Friday night and they died from the cold.

The victims included mothers, children and a group of friends who died waiting for rescue.

As the rescue operation continued, several cars were still trapped in the snow. The army has been called up.

The meteorological department predicts a blizzard on Saturday night.

The hill station was crowded after tourists headed there to witness an unusual snowfall. Last night, the government imposed a ban on the entry of tourists in Murree and Galiyat region. They were not allowed to go beyond Satra Meel Toll Plaza, except in the case of extreme emergency.

Reports of delays on roads leading to Murree surfaced Friday evening. The deaths were reported Saturday morning and first confirmed by Sheikh Rasheed.

Rasheed said 23,000 cars have been brought back, while an operation is underway to rescue another 1,000 cars trapped in the snow. Heavy machinery has been called in to clear the roads as well, he said.

According to reports, nearly 140,000 cars entered Muri this week.

But hundreds of people spent Friday night on the road. Residents took to the streets to distribute warm clothes, blankets and food to stranded tourists.

The help could not reach everyone, and people began to die because the blizzard buried their cars under a few feet of snow.

The blizzard was so severe that the government sought “undisclosed” help from the army and militia to evacuate tourists from the area.

Posted on May 26, 2021
Lahore: Pakistan has reported 65 deaths from the novel coronavirus in the past 24 hours, and the number of positive cases has soared to...
Read More

Matric, intermediate exams to be held from June 23-July 29: NCOC

Posted on May 29, 2021May 29, 2021
Islamabad: The National Command and Operations Center (NCOC) stated on Saturday that the 10th and 12th category examinations will be held from June 23...
Read More

PM Imran urges nation not to be afraid of coronavirus

Posted on March 16, 2020
Islamabad: Following the increase in new cases of coronavirus in the country, Prime Minister Imran Khan urged the country on Monday not to fear...
Read More

Interim bails of Jahangir Tareen, Ali Tareen extended till May 31

Posted on July 21, 2021July 21, 2021
Beijing: Local authorities said on Wednesday that nearly 200,000 people had been evacuated from a flood-hit city in central China after heavy rains caused...
Read More