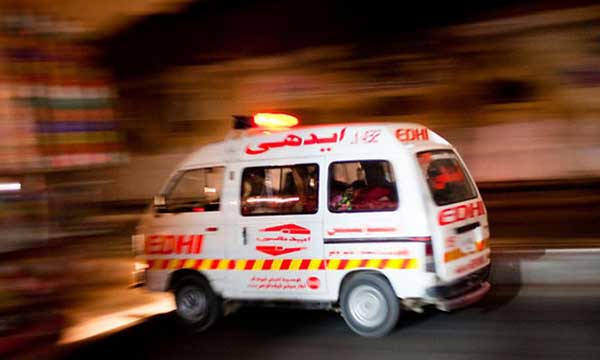 Lahore: At least five people were killed and three others injured after a van crashed into a ditch near the Karnahaloki district on Sunday after it collided with a trolley.

According to details the passenger van collided with a trolley near Halloki area of Kahna in Lahore and fell into a sewer, killing 5 people and injuring 3 who were shifted to hospital.

The passenger bus was coming from Raiwind which collided with a brick trawler. The dead bodies were shifted to the morgue by Edhi Ambulance.

He expressed his deep sympathy and condolences to the families of the victims and asked for a report on the loss of precious lives as a result of the vehicle crashing into the ditch.

To provide the best medical facilities for the injured, he added.

PM Imran did not talk to people today but asked for job extension: Marriyum Aurangzeb

Posted on September 23, 2020September 23, 2020
Lahore: The former governor Sind Mohamed Zubair confirmed that he had two meetings with Army General Qamar Javed Bajwa, but denied any news that...
Read More

Posted on May 18, 2020
Karachi: In response to the decision to resume train transportation, Awais Qadir Shah, Minister of Transportation of Sindh Province, said that the provincial government...
Read More

Posted on November 14, 2021November 14, 2021
Islamabad: The National Accountability Bureau (NAB) released a four-year performance report under the supervision of judicial (retd) Javed Iqbal, in which 1,194 defendants have...
Read More